The Society for Theatre Research is delighted to reveal the judges for the Theatre Book Prize 2021.

2021 marks the 23rd STR Theatre Book Prize, which was established in 1998 to celebrate the Society’s Golden Jubilee. The aim of the Book Prize is to encourage the writing and publication of books on British-related theatre history and practice.

Submissions are now being accepted for books published in 2020, with further details of how to nominate a book below. The shortlist of 2020 titles for the 2021 Theatre Book Prize will be announced in early May and the winner in June 2021.

Theatre Book Prize panel chairman Howard Loxton said,
“With us all turning to reading during lockdown, we can’t wait to get started on the many fascinating books published in 2020. Lucy, Steve and Cleo make an excellent trio of judges, bringing their wide experience, knowledge and practice to the panel. Books have already started trickling in and we look forward to discussing and debating them over the next few months before revealing our shortlist in May.” 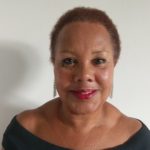 Cleo Sylvestre was the first black woman ever to play a leading role at the National Theatre in The National Health. She made her West End debut alongside Alec Guinness in Wise Child and has worked widely across British theatre from the Young Vic to Northern Broadsides, the Almeida to the Unicorn. For 20 years she was joint Artistic Director of the Rosemary Branch Theatre. Her many appearances on television include 3 films for Ken Loach and most recently she recorded a guest appearance in the 2020 Xmas special of All Creatures Great and Small. Performances of her one-woman show The Marvellous Adventure of Mary Seacole included one at the House of Lords. As a teenager she recorded with the Rolling Stones and now sings with her blues band Honey B Mama and Friends. 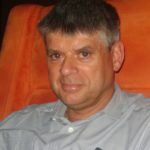 Steve Nicholson is Emeritus Professor at the University of Sheffield, where he was professor in Twentieth Century and Contemporary Theatre and Director of Theatre within the School of English. His publications include British Theatre and the Red Peril: The Portrayal of Communism 1917-1945, Modern British Playwriting: the 1960s, and the 4-volume The Censorship of British Drama 1900-1968  for which he won the Theatre Book Prize, and which was the STR’s Annual Publication for 2019-2020. 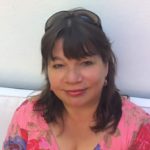 Lucy Popescu is a writer, editor and arts critic who reviews both theatre and books. She is theatre editor for Camden New Journal and contributes to various publications including The Observer, Financial Times, TLS, Guardian, Independent, Literary Review, New Humanist and Huffington Post. She worked with the English Centre of PEN for over 20 years and was Director of its Writers in Prison Committee. She is currently chair of the Authors’ Club and has been a judge for a number of literary prizes. 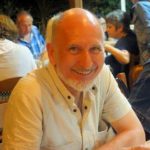 Howard Loxton worked in theatre before a career as a writer and publisher and has reviewed theatre in print and on line since 2000.

To be eligible, titles must be about British or British-related theatre, be in English, first publications and carry the copyright date 2020. They may be on any form of theatrical performance and any aspect of production, history, architecture or management, whether presenting theatre of the past, recording contemporary theatre or looking forward to the future. Play texts and studies of drama as literature are excluded.

Publishers should send copies directly to the judges as soon as available – email Howard Loxton for details of where to send books. Entry will close on 19 January 2021.

The STR Theatre Book Prize was established to celebrate the Golden Jubilee of the Society for Theatre Research in 1998, the aim of the Book Prize is to encourage the writing and publication of books on British-related theatre history and practice. It was first awarded for books published in 1997 when it was won by Peggy: the Life of Margaret Ramsay, Play Agent by Colin Chambers.
Read more about the STR Theatre Book Prize here