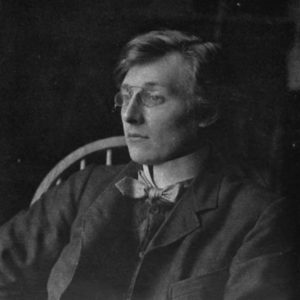 After Gordon Craig’s death in 1966, Ifan Kyrle Fletcher, one of the Society’s founding fathers, suggested that the Society should set up a Craig Memorial lecture. Edward Craig gave the Society a lecture on his father in October 1967; also in 1967 the Society’s bibliography of Gordon Craig appeared, by Mr Fletcher and Professor Arnold Rood.  [still available on Amazon]

The Governors of the Venice Institute agreed to consider endowing an annual lecture in Craig’s memory; Mr Fletcher raised £330 by February 1968 without a public appeal. The first lecture was given on 14 September 1968, again by Edward Craig. Thereafter the Craig lecture was given by the International Federation for Theatre Research, though not every year. The Craig lecture for 1976 was again given by Edward Craig at Smallhythe on 31 July, with a coach from London for STR members.

On his death Arnold Rood left $20,000 to the ‘Gordon Craig Memorial Fund of the STR’, and the Society then undertook to administer the Fund. By 1998 it amounted to £16,695, held as a subsidiary charity by the Society; the Craig lecture for 1998 was given by Christopher Baugh during the International Federation meeting at the University of Kent at Canterbury, on ‘Edward Gordon Craig and the Necessity of Imagination’.

The subject and date for the lecture are now arranged by the Royal Central School of Speech and Drama, in agreement with the Society. In 2016 the aims and objectives of the Craig Fund were formulated as (a) to fund Research Awards to projects relevant to Edward Gordon Craig’s life and work or that of his contemporaries; (b) to fund Research Awards to projects relating to Scenography, in particular those of an innovative nature; (c) to fund relevant lectures in the Society’s annual series of lectures; (d) to fund such other occasional events or projects as the STR Committee approved; and (e) to make an annual grant to the Royal Central School for Speech and Drama towards the cost of a lecture on scenography in their public lecture series.

Recent such lectures have been given by Christopher Oram, Paule Constable, Lizzie Clachan in conversation with Joanna Parker, and in 2019 by Johannes Schutz. After the inevitable hiatus caused by the pandemic, the Society is very glad to confirm that the 2022 Craig Lecture took place on June 16 this year.

Read on for a fuller account of the Fund and how it has been used through the years:

The proposal for a memorial lecture seems to have come from Ifan Kyrle Fletcher, as did so many of the Society’s early ideas. He had made an early checklist of Craig’s work, and in May 1962 it was suggested to the Committee as the publication or 1962/3 (an optimistic forecast, as ever). Professor Arnold Rood became involved in the work, and in June 1966 it was said to be ‘progressing’.

Gordon Craig died in 1966; in February 1967, on Ifan’s suggestion, the Governors of the Venice Institute were asked to consider endowing an annual lecture in his memory. They agreed to consider this, but no immediate action was taken, so the Committee decided to press the matter, and Ifan began to raise money towards the cause.

In October 1967 the International Federation at the Budapest meeting received favourably the proposal that they should organise a Memorial Lecture and hoped the first lecture would be given the next September. On 27 Feb 1968 Ifan reported that £330 had been donated with no public appeal, and it was agreed that it should be invested by the Society as a separate fund. It appeared as a separate item of £400 in the Society’s balance sheet for September 1968. The first Craig lecture was arranged by the International Federation for 14 September 1968, again given by Edward Craig.

Thereafter the Gordon Craig lectures are not mentioned systematically in the Society’s Minutes, as they were in theory a matter for the International Federation. They were given rather sporadically, and someone, usually Jack Reading, would say something ought to be done about them. In the event, the Gordon Craig lecture for 1976 was given by Edward Craig at Smallhythe on 31 July, and combined with a members’ outing with a coach from London, lunch at Tenterden, and a visit to the Smallhythe collections.

Professor Arnold Rood died in December 1993, leaving 20,000 dollars (then worth £5000) to the Gordon Craig Memorial Fund of the STR. The Society undertook to administer the Fund as a subsidiary charity called ‘The Gordon Craig Memorial Lecture Fund’; its balance in September 1998 was £16,695. The Craig lecture for 1998, given for the International Federation meeting at the University of Kent at Canterbury, was by Christopher Baugh, and entitled “Edward Gordon Craig and the Necessity of Imagination”.

In August 2000 Jack Reading made an attempt to tidy up the Fund: he proposed, and the Society accepted, that it should be invested in order to provide ‘lectures and other arrangements which may honour the name of Edward Gordon Craig, his life, work and contemporaries’. The existing fund should be administered by the STR’s Treasurer and one other member of the Committee, or two members, with the assistance of a member of the Craig family descended from Edward Anthony Craig (known as Teddy), Gordon Craig’s son. It was hoped that the lectures would be given in association with the International Federation or la Société Internationale des Bibliotheques ou Musées de l”Art du Spectacle.

This kept the Lectures going until February 2016, when a memorandum of Understanding was drawn up between the Royal Central School of Speech and Drama and The Society for Theatre Research to the following effect:

The Central School aimed to include in its annual series of public lectures one on the topic of Scenography, entitled The Craig Memorial Lecture (or similar). The Society would make a grant from the Craig Fund towards the costs. The Society would be consulted about the speaker, the topic, and the date of the lecture, and it would be advertised as presented by the RCS in association with the STR.

The STR Committee agreed that the fund might be used:

1) To fund Research Awards to projects relevant to Edward Gordon Craig’s life, work and interests, and those of his contemporaries:

2) To fund Research Awards to projects relating to Scenography, in particular those of an innovative nature;

3) To fund relevant lectures in the Society’s annual series of lectures;

4) To make an annual grant (currently £400) to the RSCSD towards the cost of a lecture in their public lecture series;

5) To fund such other occasional events or projects as the STR Committee approved.

The fund has now been subsumed into the Society’s General Funds.

Recent lecturers have included Christopher Oram (2010), Paule Constable (2011, ‘Giving Shape to the Darkness’), and Lizzie Clachan (2017, ‘A Stage Beyond the Image’, in conversation with Joanna Parker).  The 2022 lecture took place on 16 June; it took the form of an open panel discussion with representatives from Scene/Change including set and costume designers Soutra Gilmore and Simon Kenny.