Steve Nicholson’s important and warmly reviewed four-part analysis of British theatre censorship from 1900-1968 is based on previously unpublished material in the Lord Chamberlain’s Correspondence Archives in the British Library and the Royal Archives at Windsor Castle. The new four-volume paperback edition, with contextualising timeline and biographies, is published in association with the University of Exeter Press.

Volume One covers the period before 1932, when theatre was seen as a crucial medium with the power to shape people’s beliefs and behaviour. It explores the portrayal of a broad range of topics including the First World War, race and inter-racial relationships, contemporary and historical international conflicts, horror, sexual freedom and morality, class, the monarchy, and religion.

Volume Two covers the period from 1933 to 1952 and focuses on theatre censorship during the years before, during and after the Second World War.  It is mainly concerned with political and moral censorship

Volume Three covers the 1950s, focusing on plays we know, plays we have forgotten, and plays which were silenced for ever, demonstrating the extent to which censorship shaped the theatre voices of this decade.

Volume Four (winner of the 2016 STR Theatre Book Prize) covers the 1960s, a significant decade in social and political spheres in Britain, especially in the theatre. As certainties shifted and social divisions widened, a new generation of theatre-makers arrived, ready to sweep away yesterday’s conventions and challenge the establishment.

This is the Society’s annual publication for the membership year 2019/20 and members will receive a complete set of four volumes as part of their subscription package.

Steve Nicholson’s important four-part analysis of British Theatre censorship from 1900-1968 is published in a new paperback edition with contextualising timeline and biographies. 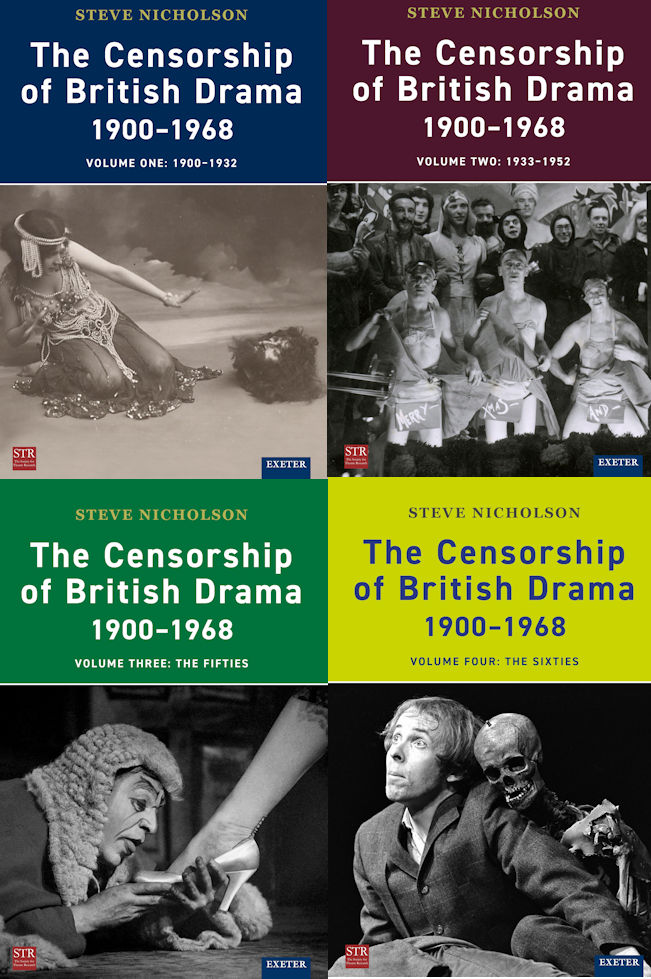