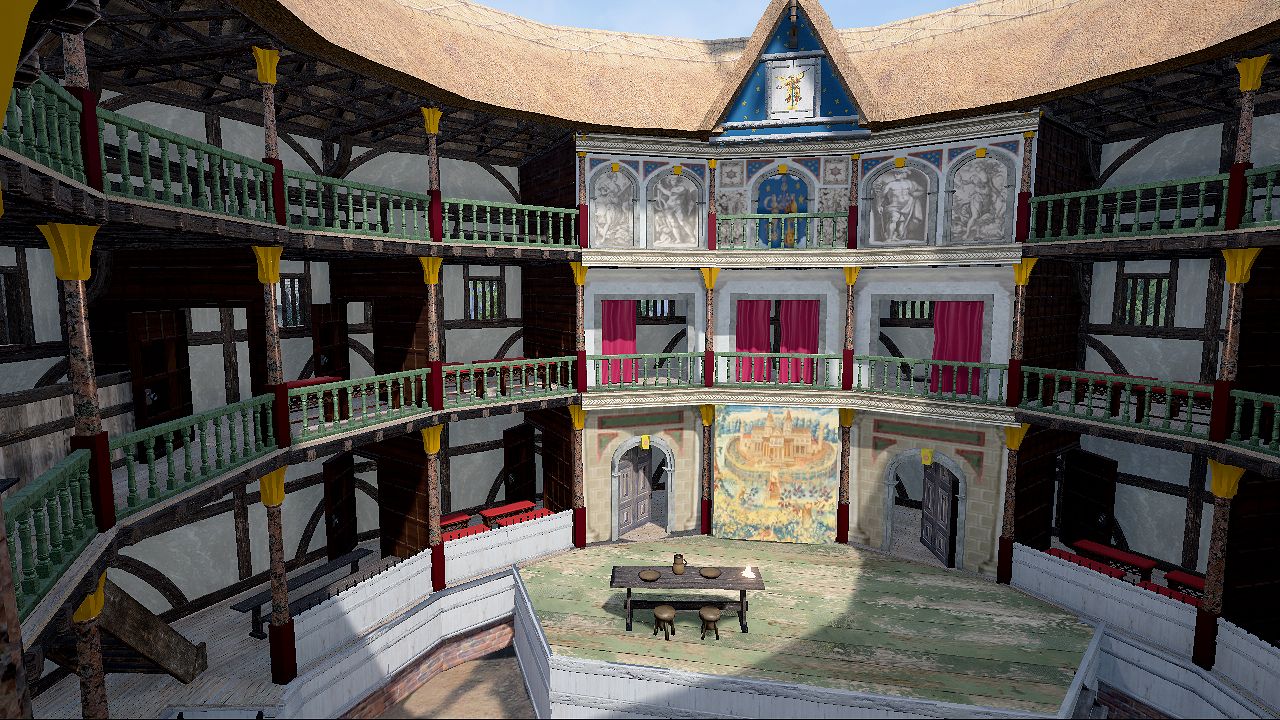 Roger Clegg received Research Awards from the STR in 2010 and 2012 for his work on theatrical jigs on the early modern stage, and in 2013 the Society enjoyed a very lively lecture entitled Mad Jigs and Merry Jests presented by Roger together with Lucie Skeaping and the City Waites. He has now produced, in collaboration with Eric Tatham, a freely available electronic book on the Rose Theatre, exploiting the extraordinary capabilities of depth and detail provided by this new format.

Published by the EMC Imprint on the Tome platform, Reconstructing the Rose draws extensively on the archaeology, surviving historical records and playtexts, contemporary accounts and illustrations, and over thirty years of  scholarship, to provide a richly illustrated and comprehensive account of Henlowe’s theatre and a digitally reconstructed experience of both Phase I (1587–1591/2) and Phase II (1591/2–1606) of the playhouse, set in its immediate environment of Bankside. You are invited to take a virtual tour of the playhouse and to explore each part in detail, from the front entrance right up to the  gable: stand on the stage, go backstage to the tiring-house, visit the Lords room, and venture into Henslowe’s office. 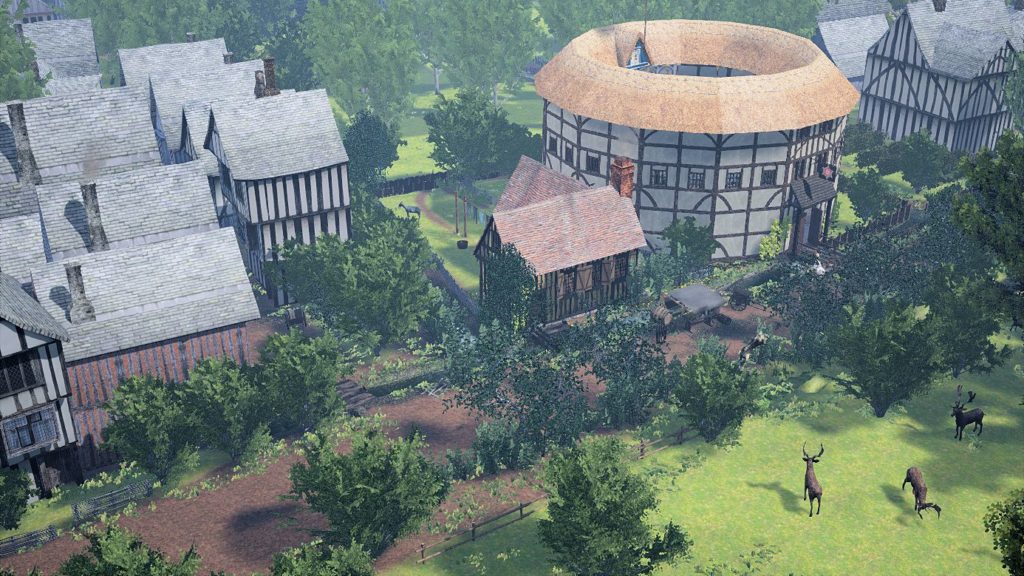 Each section of the playhouse is accompanied by critical discussion regarding what and how we know the superstructure may have been like, or if speculation and imagination are required to fill in where evidence is scant or absent. Drawing extensively on various archives and disciplines—from archaeology and performance studies to social geography and economic history—Clegg and Tatham have produced historically responsible immersive, fly-through videos and interactive 360 panoramas of one of the most important theatres in sixteenth- and early-seventeenth century London. While building on forebears in theatre history, Reconstructing the Rose moves well beyond this previous scholarship by turning to cutting edge architectural modelling to produce a work of born-digital scholarship that grounds critical knowledge in virtual experience.

Archaeologist Julian Bowsher (Museum Of London Archaeology), who directed the excavation of the Rose’s foundations, has said “It is a pleasure to see the results of MOLA’s excavations, and insights from the extensive research we have carried out in the thirty years since, re-examined and interpreted in an exciting new way. The 3D reconstruction of the Rose is a major development and is a significant contribution to understandings of ‘playhouse design’.”

In reviewing the work, Roze Hentschell, Colorado State University, said “This is a project that is deeply researched and rigorous in its contribution to the scholarly conversation of the material history of the Rose. Combining archeology, literature, architecture, and social history, Clegg’s work can be accessed at many levels: the scholar of material theatre history will not be disappointed in the rigor of the research; the undergraduate student or avid theatre goer would find much to supplement his or her knowledge; and the casual user of the work would also find entry into the discussion. As a large-scale digital project, it will also be of interest in those who study digital visualization and virtual modelling, regardless of the topic. The project participates firmly in digital public history projects and museum studies that are ever more interested in ways cutting edge technology can help us understand the distant past; moreover, it contributes to the emerging fields of digital mapping of early modern London sites.”