Worth the candle: last glimmers on the Glossops 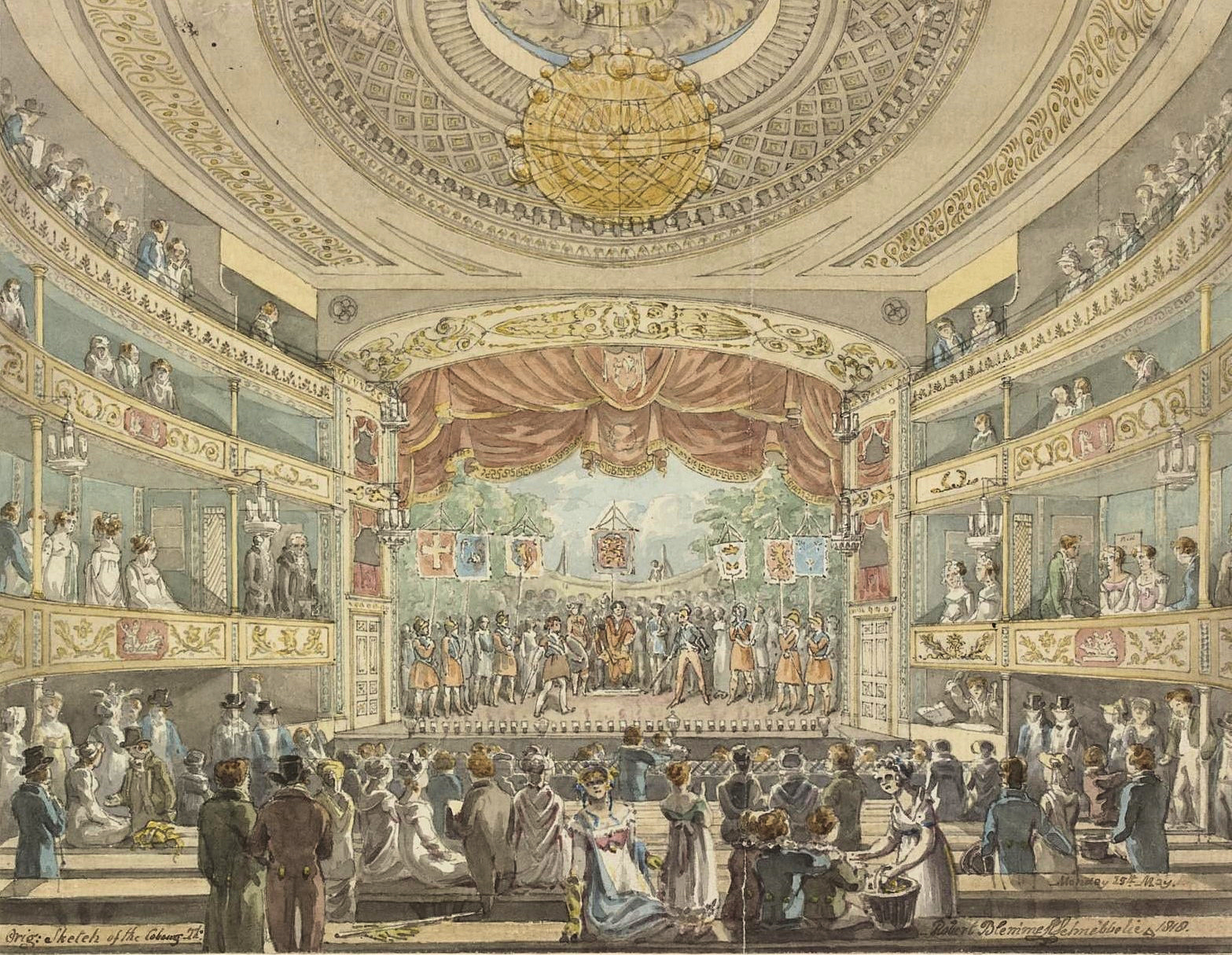 image: The interior of the Royal Coburg (now the Old Vic), showing the melodrama Trial by Battle, with which Glossop opened the theatre on 11 May 1818. This drawing by Robert Schnebbelie, dated 25 May, was engraved in Wilkinson’s Londina Illustrata (see V&A blog). Formerly in the collection of the actor and former STR Vice-President Robert Eddison, it was among items accepted by HM Treasury in lieu of estate duty at his death and allocated to the V&A for its theatre collection. © Victoria and Albert Museum (Museum no. S.116–1997).

In 2016, hoping it would be published by the time the Old Vic reached its bicentenary in 2018, I drafted for the Oxford Dictionary of National Biography a short account of Joseph Glossop (1793–1850), who completed and first opened it as the Royal Coburg Theatre in May 1818. For the next four years Glossop was a prominent managerial figure in the London ‘minor’ theatres, then more briefly a disastrously under-delivering one in Naples and Milan. Finally, and briefest of all, he returned to manage the Coburg (by then the Royal Victoria) in 1834–36, despite twice being declared bankrupt in London in 1833 and 1835, before long European exile ended with his death as a ‘remittance man’ in Florence.

Unavoidable delays at ODNB soon showed that the bicentenary would pass well before he could feature in it but – since no previous biography exists – I sent a draft of mine to the ‘Vic’, hoping it might prove useful and timely. That reaped no reaction at all but interest from our V&A friends allowed me to flag-up the matter only a little late, in June 2018: Click here to read The Lamp-Lighter’s Boy on the V&A blog

Glossop finally appeared among the ODNB’s last additions of 2020, on 10 December, for those who need chapter and verse on him. A little about the otherwise respectable family he so often disgraced was lost in the editing, the irony being that he is the only member of it meriting such ‘national’ notice, and longer overdue than by minor publication delay.

As their place-surname suggests, the Glossops came from Derbyshire. Joseph’s father, Francis, was born at Upper Haddon in 1743, and had an elder brother (also Joseph) who was a prosperous Chesterfield coal-merchant. Francis’s business as a Soho wax, tallow and ‘spermaceti’ (lamp-oil) chandler clearly generated great wealth. He acquired considerable Soho and Oxford Street property that became known as the ‘Glossop estate’, some held by his family into the late 19th century (and they also remained direct ground-lessees of the ‘Vic’ until 1881). Francis none the less still produced disposable surplus for the large theatrical investments he made – to little apparent profit – on his own as well as Joseph junior’s account. In 1810 he announced his business retirement, making the latter head of the family wax concern but still controlling overall purse strings. Having been twice widowed, with apparently three children of as yet unclear fate, he had five sons (four surviving, with Joseph the youngest) and two daughters by his third wife, Anne Gapper (b.1756, m. 1775, d. 1832). She was from an old family at Henstridge, Somerset, where they are both buried. Francis died aged 91, in 1835, at Isleworth vicarage, home of his eldest son the Revd Henry Glossop (1780-1869), generous and much-loved incumbent there for 33 years to October 1854.

Led in turn by Henry’s eldest son, Francis Henry Newland Glossop JP, DL, a barrister then of Feltham House, Hounslow, the family entered Burke’s Landed Gentry in 1871, and from 1879 featured as ‘Glossop of Silver Hall’, the large Isleworth property that his father bought in 1841 and which he inherited. While that has long vanished, the now well-restored ‘Glossop Memorial’ drinking fountain erected at Isleworth in the Revd Henry’s memory in 1870 is still a local feature. The Florentine grave of the vicar’s spendthrift youngest brother, Joseph, now appears lost but the ‘Vic’ remains his living monument, however little recognised as such (including by his current successors there). The site of the smart Piccadilly shop where, from 1814 into the 1820s, Joseph also sold high-class Glossop candles and ‘A variety of fashionable lamps’ to an equally fashionable clientele is today occupied by an even more prestigious one: that of Fortnum & Mason.

One of the remaining puzzles about him, given his habits of self-promotion, is the apparent lack of any known portrait, other than a caricature by Robert Cruikshank (see below, more details in the V&A blog): if anyone can rectify that please let us know. 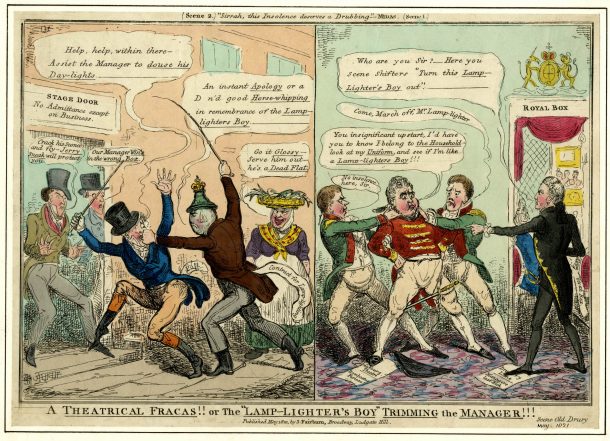