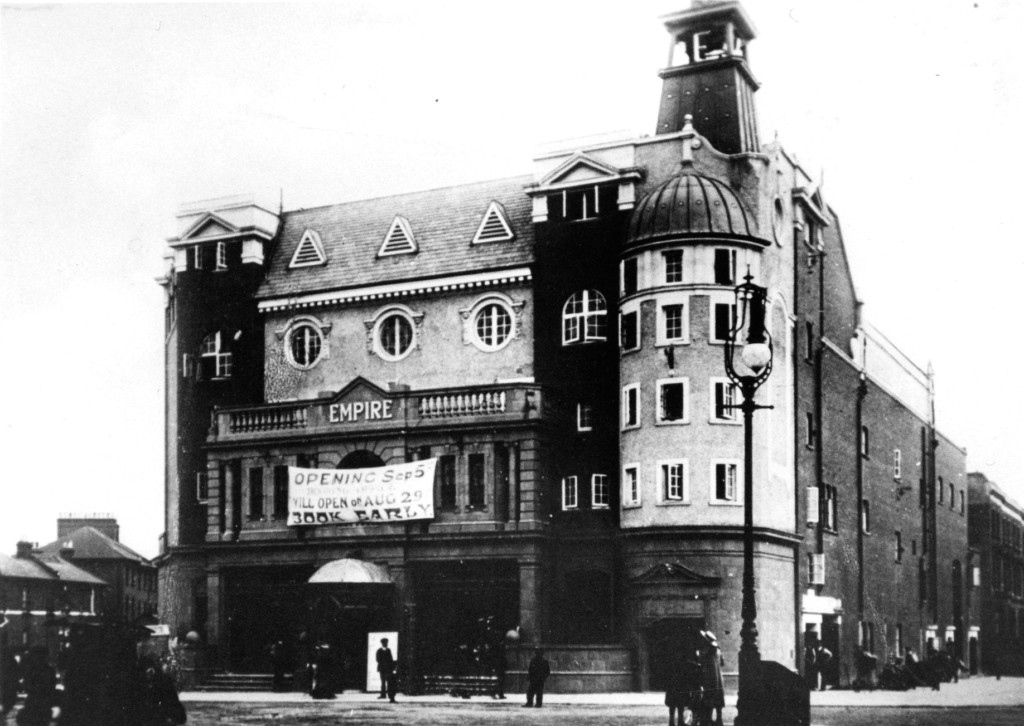 photo of Finsbury Park Theatre from the article in the Islington Gazette about the memorial plaque, read more here

From ‘Ta-ra-ra-boom-de-ay’ to ‘Pack up your troubles’ and beyond, music hall songs and their performers occupy a special place in the hearts of Londoners and, in particular, Islington.

The borough’s music halls and theatres entertained generations of Islingtonians, who would drop in to see their favourite ‘turns’, including Marie Lloyd and Charlie Chaplin. Between 1840 and 1960 there were over 100-known licensed halls and variety theatres in the borough, each promising a unique evening’s entertainment.

Famous singing star Marie Lloyd made her debut here at the Eagle Tavern, off City Road, and Norman Wisdom launched his professional career at Collins’ Music Hall on Islington Green. Astounding feats of daring and illusion were witnessed at the Finsbury Park Empire, where Harry Houdini escaped from near-impossible stunts and P T Selbit was credited with being the first person to perform the illusion of sawing a woman in half! Audiences laughed at the comedy of Laurel and Hardy, Kate Carney and Max Miller, and marvelled at the amazing feats performed by fire eaters, trick cyclists and acrobats.

This exhibition celebrates music hall and its performers throughout a time when Islington was London’s undisputed ‘Parish of Pleasure’!

‘Ta-ra-ra-Boom-de-ay: Music Hall in Islington’ is accompanied with a full programme of events and activities. Details to be announced soon.