Kate Newey is Professor of Theatre History at the University of Exeter, and Chair of SCUDD, 2018-21. She has been a member of the Society for Theatre Research since the mid-1980s, when she started her PhD on English melodrama. Kate was a judge for the STR Theatre Book Award in 2008, and now chairs the Research Grants sub-committee for the STR. Kate is a nineteenth-century historian who has published widely on melodrama, tragedy, popular culture, the theatre of the nineteenth century, and women’s writing.

Her books include John Ruskin and the Victorian Theatre (Palgrave, 2010) and Women’s Theatre Writing in Victorian Britain (Palgrave, 2005), as well as the edited collections Politics, Performance and Popular Culture, and Ruskin, the Theatre and Victorian Visual Culture (with Jeffrey Richards). She has held many research grants and fellowships, including the AHRC-funded projects, ‘Women’s Playwriting in the Nineteenth Century,’ ‘A Cultural History of English Pantomime, 1837-1901’ with Jeffrey Richards and Peter Yeandle. Kate is currently is Co-Investigator on ‘Theatre and Visual Culture in the Long Nineteenth-Century,’ with Jim Davis, Kate Holmes, and Pat Smyth. In her spare time she likes walking the Cumbrian high fells, lifting weights at the gym, and taking ballet class. 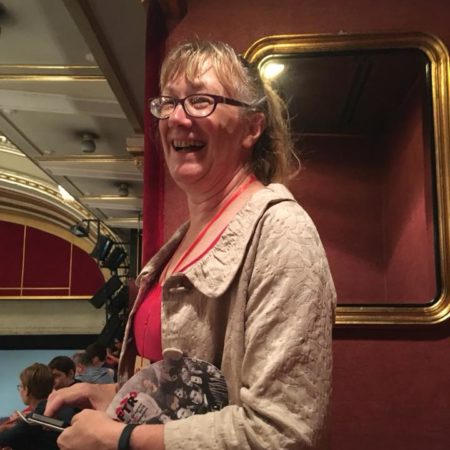 Melodrama, tragedy, popular culture, the theatre of the nineteenth century, and women’s writing.