Diana was brought up in New Zealand and has an M.A in French from the University of Auckland. She because involved in theatre while  a student, went to Grenoble in France as a “stagiaire” at the Comedie des Alpes, and then in 1973 arrived in the U.K. plunging  headfirst into the world of professional British crewing and stage management.  She has worked in old fashioned fortnightly and three weekly provincial repertory theatre, toured abroad with Prospect Theatre Company and round the U.K. with  major British touring managements, spent two seasons at the Open Air Theatre in Regents Park,  worked  at the Mermaid Theatre under Sir Bernard Miles and was on the teams for a number of West End runs. Simultaneously she worked on many trade shows and product launches, and subsequently moved into the education sector as Registrar and pastoral officer for Drama Centre London, ultimately stepping sideways into the position of Supervising Stage Manager working on the school’s public performances with the final year acting students, tutoring the first years  in the gentle arts of stage management on these productions. She is still a practitioner, workin on small scale productions  variously as a stage manager, dresser and props person, alongside a new career as a film extra. 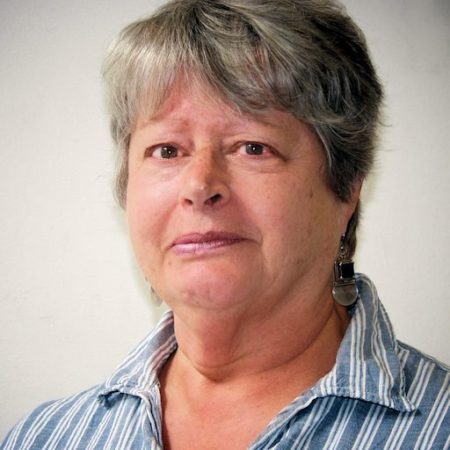