Eileen Cottis joined the Society in 1956, wrote the Committee Minutes from 1959, and was Hon Secretary for some twenty years until 2014.  She is one of the Society’s Vice-Presidents, and also a Trustee.  She graduated in French from St Anne’s College, Oxford, and then began research on late 19th century English and French theatre, on which she still writes occasional articles.  She taught first at St Anne’s, then at the Polytechnic of North London (now London Metropolitan University), where she taught a part-time MA in Modern Drama Studies, which meant that for some years she met ex-students almost every time she went to the theatre.  She also completed an MA in Film Studies, and a postgraduate diploma in Computing;  she constructed the Society’s first ever web site (four pages of text, no pictures).  She married Peter Cottis in 1957, and has two children and three granddaughters, all theatre practitioners. 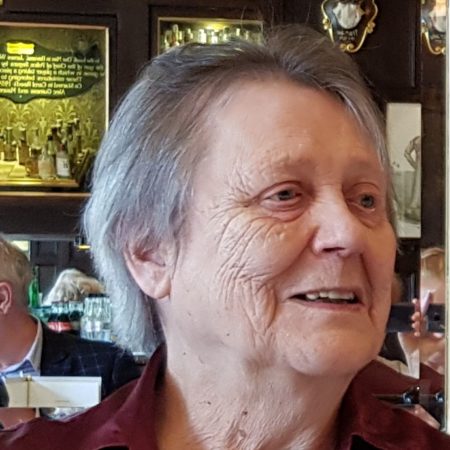