To Serve the Purpose of the Drama: The Theatre Designs and Plays of Samuel Beazley, 1786-1851

This is the first biography of the architect of some of London’s finest 19th-century theatres, including the Lyceum and St James’s, who also transformed Wyatt’s Drury Lane, laying the foundations for the future development of English theatre architecture. He also wrote and adapted many popular plays (notably The Lottery Ticket). Moving in lively circles, which included Macready and Madame Vestris, he led a scandal-prone life involving three marriages, a divorce, an annulment and a well-known relationship with actress Mrs Robinson.

The first biography of Samuel Beazley, architect of some of London’s finest 19th century-theatres 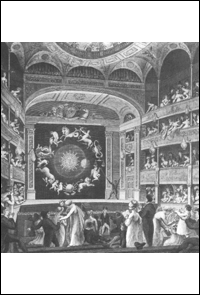