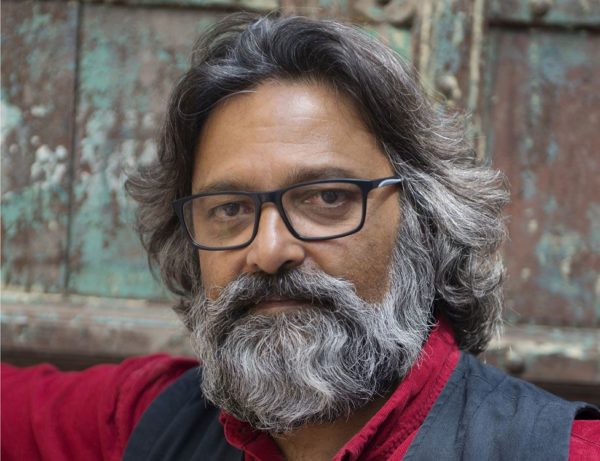 Jatinder grew up in Nairobi, Kenya and arrived in the UK as part of the “Exodus” of Kenyan Asians in February 1968, aged 14. He founded theatre company Tara Arts in 1977 as a response to the racist murder of young Gurdip Singh Chaggar in West London. His ‘Binglish’ approach characterised a range of productions: from Gogol’s The Government Inspector in 1988 and Buchner’s Danton Death in 1989, to Moliere’s Tartuffe, which was staged at the National Theatre in 1990, where Jatinder was the first-ever non-white director.

Along with designer Claudia Mayer, Jatinder led the re-building of Tara’s home in south London to create Britain’s first multicultural theatre, fusing Edwardian brick and Indian wood. The new Tara Theatre was formally opened in September 2016 by Mayor of London Sadiq Khan. In 2017, Jatinder was made an Honorary Fellow of Royal Central; in the same year, he was awarded an MBE for services to diversity in the arts. He said:

It’s been a challenging honour to judge the 2021 Theatre Book Prize. “Challenging” because the Prize elicited a wide range of entries. Sifting through them has provided a stimulating journey through the lives of actors, directors, theatres and theatre movements.

Our shortlist produced David Storey’s brilliant memoir, A Stinging Delight published by Faber along with the equally brilliant story of the creation of Sheffield Crucible Theatre by Colin George & Tedd George from new imprint Wordville.

David Storey’s memoir is an acute, agonising and blunt insight into the life of one of the major writers of the last century. His recollections of rehearsals with John Gielgud and Ralph Richardson for Home leap off the page as if they were happening before your eyes. While memories of his time as a teacher in late-50s London are the stuff of plays that could yet be written. Underlying these elegant and very funny accounts is an unremitting observation of his lifelong melancholia and despair, haunted by the death of his 6-year-old brother. Unquestionably one of the books of the year.

Colin and Tedd George recall the remarkable adventure that became the creation of the revolutionary new Sheffield Crucible Theatre. Their stirring story is replete with the bureaucratic and artistic opposition aroused by the radical design Colin George proposed for the theatre, while revelling in the excitement of giving a new shape to the physical relationship between audiences and artists. How a seemingly unassuming director of a regional theatre led the creation of the visionary stage that is the Sheffield Crucible – leaving an iconic legacy in his wake – is a stirring story for our times.

David Linton’s Nation and Race in West End Revue is among other notable books this year. It offers an original take on the role the revue form played in the inter-war years in shaping and reflecting racial and national identities. Meticulously researched, the book makes a powerful argument for a wider recognition of this popular performance form in the forging of British identities before the sun finally set on the British Empire.

Helen Batten’s The Improbable Adventures of Miss Emily Soldene  from Allison and Busy, a biography of a once famous opera and music hall star – makes an interesting companion piece to David Linton’s book. She attempts to recreate an even earlier era in her Improbable Adventures of Miss Emily Soldene, drawing on what Soldene herself wrote. Helen Batten charts how Soldene rose from humble Victorian beginnings, where the threat of the workhouse was ever-present, to become the toast of the London and New York stage and a formidable impresario with her own opera company, touring Australia and New Zealand. That she tore up the Victorian rule book in the process, adds to the delight of this book, as when Soldene remarks “I rode on the stage in such style, that the men in front thought I was a girl, and also forgot to laugh”!