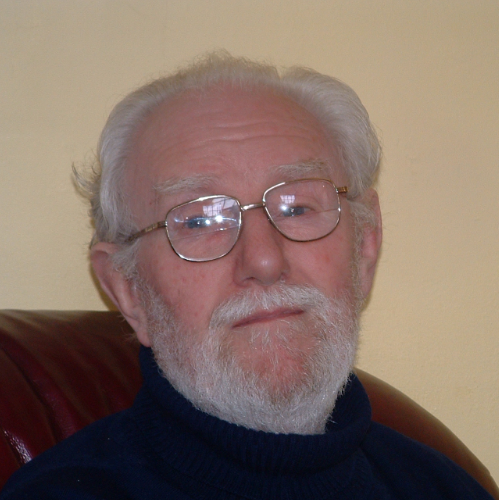 It is with much sadness that we report the death of Derek Forbes, a long-standing member of the Society and one of its Vice-Presidents. We extend our deepest condolences to his family, friends and colleagues.

Eileen Cottis, his friend and successor as Honorary Secretary, writes

Derek Forbes, who died on 31 January 2020 at  the age of ninety-one, was (jointly or solely) Honorary Secretary to the Society for Theatre Research from 1981 to 1990, and a Vice-President from 2006.  He spent most of his teenage years as an evacuee in South Wales, and his National Service in the Intelligence Corps, listening to Russian signals. He was an early graduate of Glynne Wickham’s Drama Department in the University of Bristol, and worked thereafter as a County Drama Organiser, as a schoolmaster, and as Head of the new Drama Department at Balls Park College in Hertford.  He finally retired as Head of English and Drama at Middlesex Polytechnic (now Middlesex University), where he had the anomalous title of ACAR (Academic Position Above Reader)  because the Polytechnics were not in those days allowed to appoint Professors.  He was also employed by the British Council to train English teachers overseas in north-eastern Nigeria and in Pakistan.

He was a Quaker and a man of principle, but also a moderating influence on the Committee as Hon Secretary, given to seeking compromise solutions rather than confrontation.  He put a great deal of care into answering members’ questions sent to the Society, and his breadth of theatrical knowledge and the kindness of his heart was shown by the care he took in advising those applying for Research Awards, especially the young, the amateur, and those not used to making such approaches. A role he particularly enjoyed in the 1980s and 90s was serving as the STR contact with the British Council for Distinguished Visitors from overseas with drama connections – once or twice a year he would meet them, tell them about the Society, take them to lunch (often at the SOAS canteen) and to visit the Theatre Museum, or the British Museum, or a walk along Bankside, give them any of the Society’s books that fitted their interests, and a small sum from the President’s Fund if appropriate.  Sometimes he took them on trips further afield, e g to Ayot St Lawrence;  sometimes they visited him and his wife Adrienne at home and became friends.  He handed the Hon Secretary role over to Eileen Cottis and Frances Dann with a wealth of useful advice, including not to stay in the job too long.

He published two books for the Society:  the first, Lydgate’s Disguising at Hertford Castle:  the First Secular Comedy in the English Language, featured his translation of the play into modern English and an account of this translation’s performance at Hertford Castle, scene of the original presentation; it  underlined his interest in both live performance and in local theatre history.  He had an unusually good eye for the pictorial as well as the literary, as can be seen in some of his articles for Theatre Notebook and in Illustrated Playbills, his second publication for the Society in 2002, a study of British playbill cuts and engravings  with particular emphasis on blocks in the Steam Printing Works catalogue of 1865.  He later wrote  (2005) The Artist and the Organist:  The Luppinos of Hertford and Ware, and articles for the Hertford and Ware local history Society, and he and his wife Adrienne together translated Pulcinello as a Quaker:  a Neapolitan commedia dell’arte pastiche in 2001, from the Italian of Jerocases, Pulinella Da Quacqyero (1770)  He was father to Deborah and Leonie (Leigh), and grandfather to their five children;  Leigh (otherwise Blot Publishing) is still frequently involved in the Society’s publication programme.