And the winner of the Book Prize is… 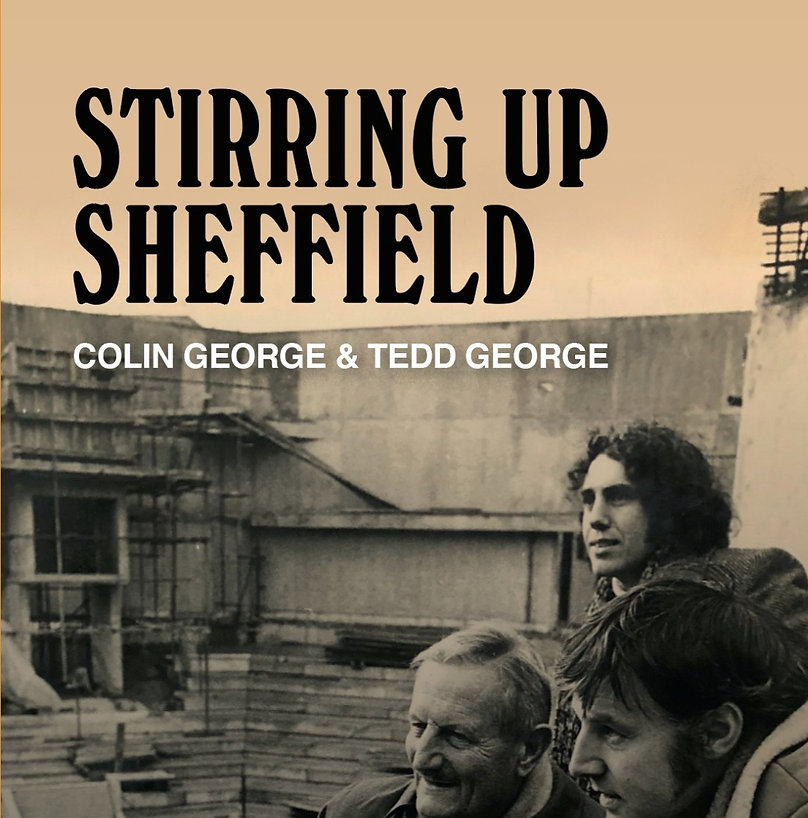 Stirring Up Sheffield by Colin and Tedd George, published by Wordville

The announcement was made by academic and author Nicola Abram who won the prize in 2021 for her book Black British Women’s Theatre.

The Society’s new Chairman Professor Michael Burden opened the proceedings before handing over to Howard Loxton, Chair of the judging panel, to talk about this year’s books, after which each of the judges gave their opinions before calling on Nicola Abram to announce the winner. You can read the judges’ views in detail in the news articles also published today.  And of course you can read everything on the Book Prize page too.

“Colin and Tedd George recall the remarkable adventure that became the creation of the revolutionary new Sheffield Crucible Theatre. Their story is replete with the bureaucratic and artistic opposition aroused by the radical design Colin George proposed for the theatre, while revelling in the excitement of giving a new shape to the physical relationship between audiences and artists. How a seemingly unassuming director of a regional theatre led the creation of the visionary stage that is the Sheffield Crucible – leaving an iconic legacy in his wake – is a stirring story for our times. ”

Tedd George, who edited and completed the material his father left incomplete when his health made it impossible to continue, said:

“Few people know nowadays that the Crucible’s thrust stage design around concern, confusion even anger and that the theatre was built against huge opposition …. My father struggled for nearly 40 years to write about his experience of this enterprise to build a radical thrust stage in Sheffield. From writing the first manuscript I think he was able to come to terms with his creation and one again feel gratitude for the opportunity Sheffield had given him.”

The winning book was chosen from the following shortlist:

Brickwork: A Biography of the Arches by David Bratchpiece and Kirstin Innes (Salamander Street) – a history of the Glasgow venue by people worked ran it

Will She Do? by Eileen Atkins (Virago) – the actress’s honest and candid account of her earlier years as a performer

Congratulations to every one of those authors and their publishers which you will notice include titles from two brand new publishing houses which both plan to specialise in theatre books.

Click here to read all details of the short and long lists, together with a transcript of the prize presentation, on the Theatre Book Prize page.