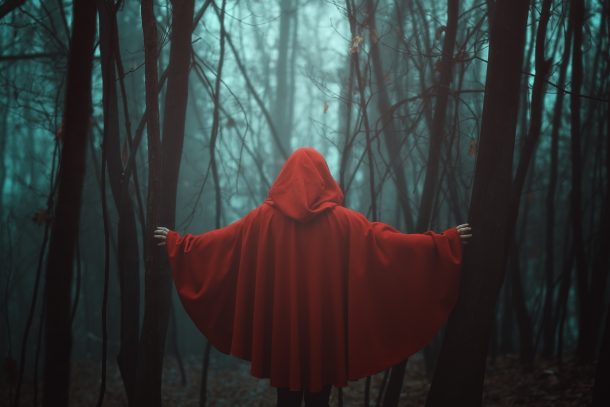 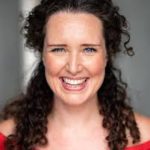 Charlotte Gallagher is an actress with experience in theatre, film, television and voice-over.  Here she writes about what she has been doing during the closure of the theatres and the shutdown of film and television production studios.  She also recalls her experience of the Poel Workshop 2017 when Erica Whyman and Paapa Essiedu were among the session leaders, and remarks on the STR’s Covid-19 Support Grants.

Early in lockdown, in a moment of searing carelessness, I suggested to a fellow actor that maybe all we needed to do now was follow Grotowski into the woods and explore what theatre really is. No need for cities, or theatres, or even outside audiences; let’s get pure and poor and holy and frolic in the forest.  In my arboreal whimsy I’d forgotten that this actor had just started running a new West End theatre. His life and dreams were decaying before his eyes. His theatre was and, sadly still is, empty. He was asking the same question in a different tense, how can I keep the theatre alive?

I retreated to the ivory tower safeties of intellectual and philosophical questions about theatre. I love to ask theatre-makers what theatre is and what actors are. Sometimes the answer is given suspiciously with underlined obviousness: “Well, all you need is one person to do something, and one person to watch.” But ask a poet and this is what you get: “Actors are angels. Theatre is the light in the woods” (Glyn Maxwell). Such a poet would host monthly virtual pub and play-reading events to house the swirling grief, fear and joy of this year as if he were the woods himself.

“Maybe there’s no need for us now. We’re not what’s needed now”, one actor said.

And yet I look back and see that I played a lot.

I acted in Shake-scene Shakespeare‘s performances of cue-scripted Shakespeare plays live-streamed to YouTube. (In this method actors study their parts solo and perform the play for the first time in front of an audience. It’s almost the perfect form for this moment and kudos goes to movement director, Alexandra Kataigida, for working out how to fight, kiss, kill and pass props through a zoom box.)

At the Clerkenwell Actor’s Studio we explored Arthur Miller’s A View from the Bridge. And don’t the great plays always manage to speak to and include our present moment? What are we willing to see, to acknowledge, or to ignore? What must be brought to light? 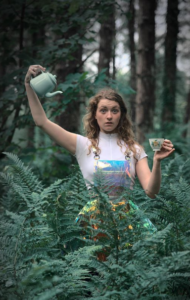 I talked to Galway Theatre Festival instead of performing my new show there. And later in the summer, further up the island, some friends created a new promenade adaptation of Alice in Wonderland for children in the Donegal woods while I played pirates with my toddling niece and nephew. At crisis points in the action (walking the plank, wrestling a crocodile, running away from a monster etc), they would fall down dead with the ‘birus’. In play we invented elaborate, revivifying medicines. They only worked if you administered them exactly the same way every time. I re-read The Way of the Actor by Brian Bates (I’d love to have gone to Rada in the 70s) and enrolled in a shamanic practitioner foundation workshop. I lay down in the beautiful death practice yoga nidra a lot and created my own to share. I comforted myself with thinking: theatre cannot die, it’s part of us, part of our humanity, we’ll always find our way to ritual and to sharing some way, somehow.

But why am I thinking about out-of-work costume-designers making PPE?

And then there was an email from a name I didn’t immediately recognise. Ah yes, vaguely familiar. Yeess. That incredible workshop I did years ago from another time, another world and it was free! And I got to play with Paapa Essiedu and Erica Whyman and loads of amazing people and Sam Yates who, of course, dared to make zoom theatre. They’re offering me financial relief and, if I don’t need it, (I don’t, for the first time in my career I’m perversely grateful for my unsuccess and loyal day job) the opportunity to pass that grant on to my friends who do – to those working actors we see on the telly, at The Globe, or the Nottingham Playhouse for example; we can’t remember their names but they really are extraordinary. These actors, these friends ,email me back to say thank you for passing that on and as I read their messages, impossibly, I sense the unconscious grip in them relaxing. They can get by a little while longer.

Thank you, Society for Theatre Research and the Poel Workshop, for helping to keep theatre alive.