Travels with my Thesis 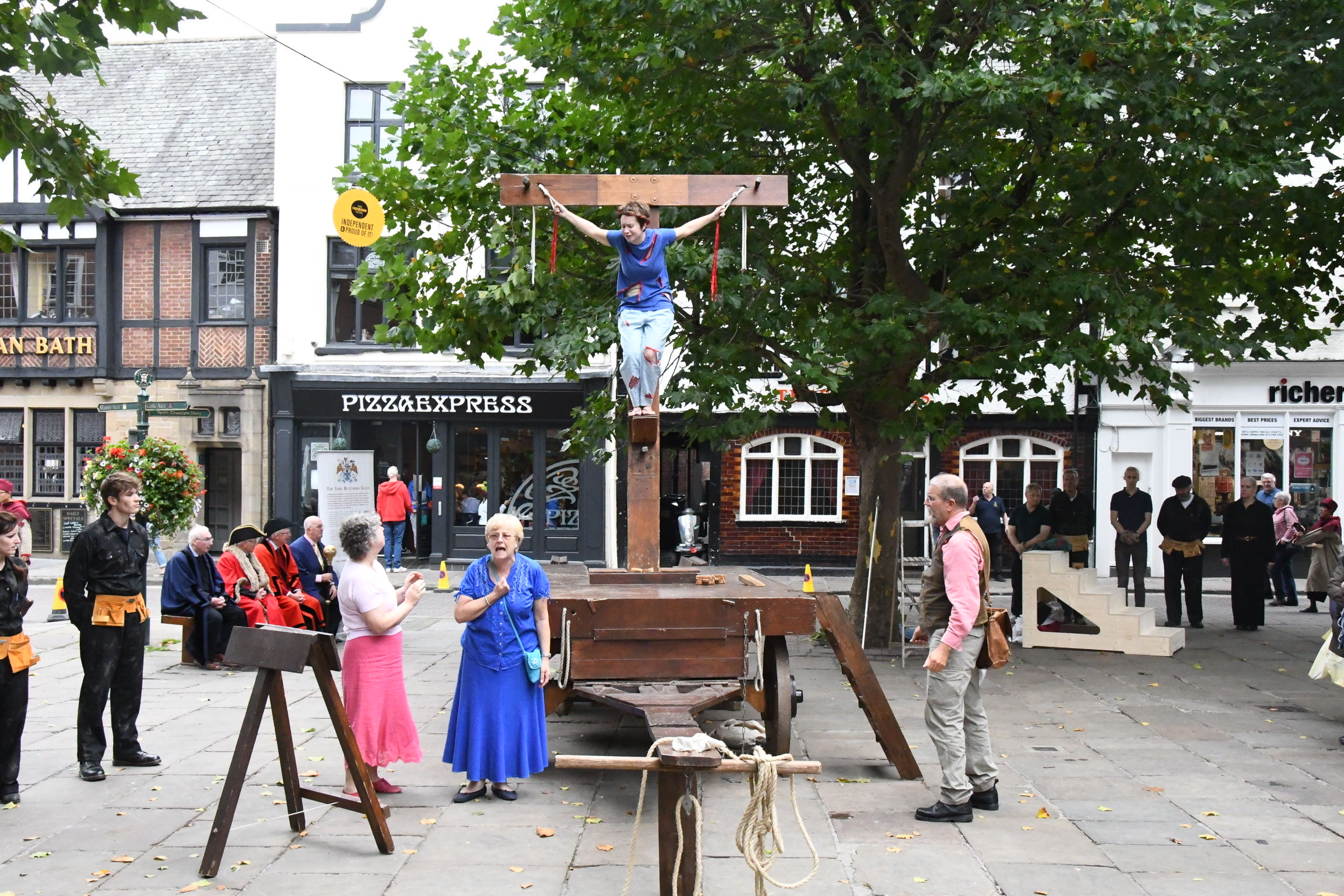 Eleanor Bloomfield won a Research Award in 2018 towards her work on the York Cycle of Mystery Plays. She writes:

Thanks in part to the Society for Theatre Research, I can claim the record of having travelled the furthest to attend the 2018 waggon production of the York Mystery Plays. Distance, they say, can lend clarity, but working on medieval English drama from New Zealand is not always the most practical option. It is, however, fun.

My PhD thesis examines the modern cultural needs which have looked to sustain the medieval York play cycle for current and future generations. My research questions why the cycle has survived, why it is still performed today, and the expectations with which directors and audiences approach it. It relies in large part on raw material gathered from archives, viva voce interviews with those involved in the plays, and observation of contemporary performances.

This research, undertaken during a field trip spanning almost eight months, took me to the UK, Canada and the USA. It was funded in part by the STR, who awarded me a grant towards travel costs for two visits to York.  I used these visits for archival work; for discussion and networking with academics, audiences, theatre practitioners, cast, crew, and members of the local community; and for observation of the September waggon production, during which I somehow ended up as Front of House manager.

The archival work I undertook is proving invaluable in piecing together the history of the plays in the two decades following their modern revival at the 1951 Festival of Britain. This production, the first performance of the York plays since the late sixteenth century, inspired a flurry of similar productions around the world. I was particularly excited (as was my supervisor!) to discover that these included a 1965 production New Zealand. Now almost forgotten, and up to this point completely overlooked by scholars of the York plays, this production is nevertheless particularly intriguing – why, at a time when New Zealand was pulling away from Britain and the former Empire to establish its own identity, would it choose to stage medieval religious English plays?

The highlight and culmination of my research work in York was the September waggon production. After years of studying the plays, mostly from the other side of the world, it was a privilege to experience the plays first-hand and exhilarating to be caught up in their enduring power, force and communal appeal. I particularly value this trip not just for advancing my academic research but for the inter-personal relationships formed with the many people who went out of their way to help me both practically and academically, offering me accommodation and board, generously sharing with me their knowledge and experience of the plays, and encouraging me to develop further my love for and appreciation of medieval drama.

I am extremely grateful to the Society for Theatre Research for its support in helping to facilitate this fieldwork. I know that the investigation and analysis provoked by it has strengthened my doctorate immeasurably, helped hone my academic research skills, and hopefully contributed in a meaningful way to the ongoing academic and popular conversations surrounding the York plays.

Do you have a research topic that fits our award criteria? It can be towards a PhD or publication or your own original research. Applications for this year’s Awards must be submitted by March 22nd. Find out more on the Awards page here.