Topolski at the theatre 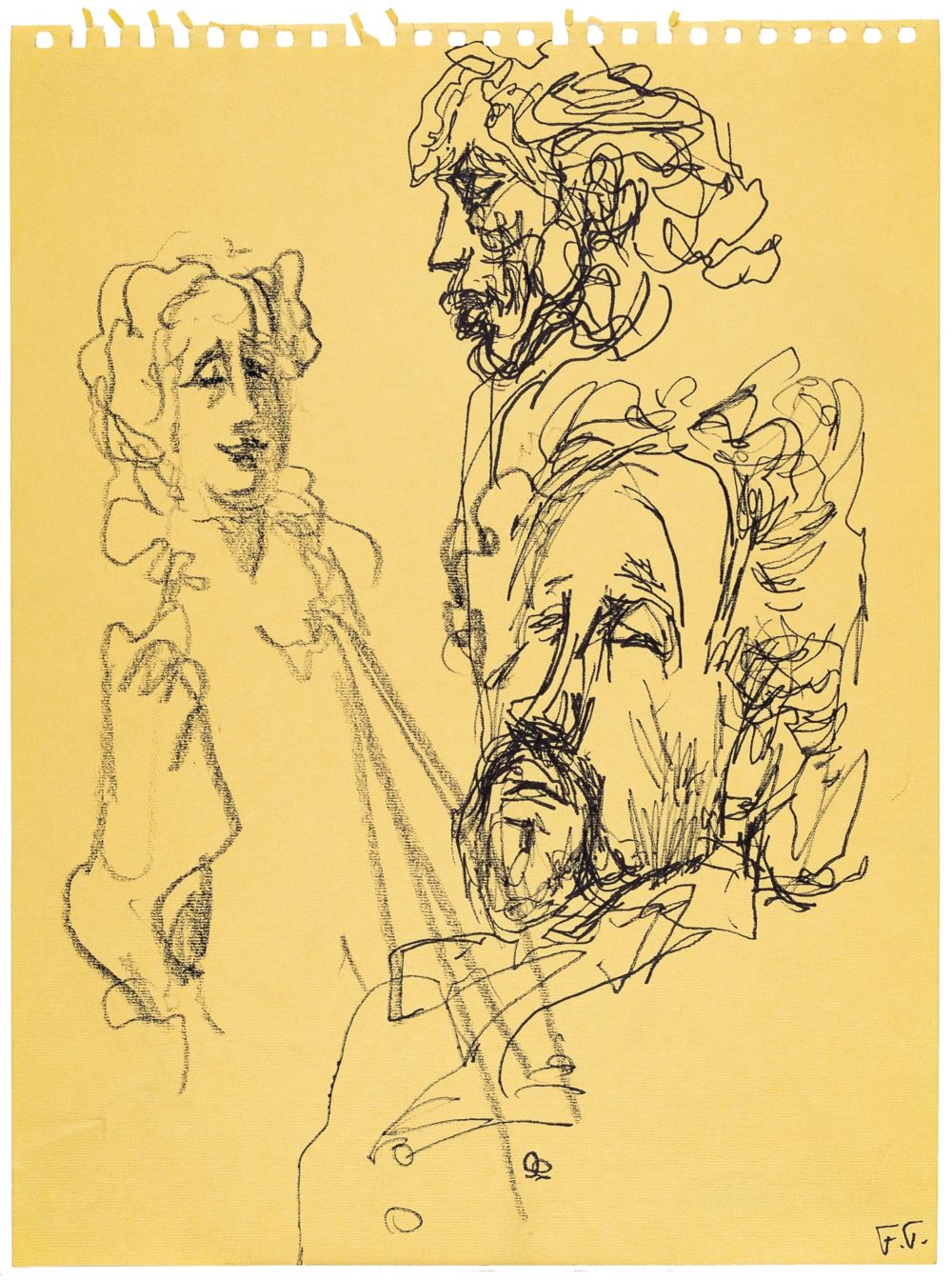 image: Total Eclipse by Christopher Hampton, at the Lyric Hammersmith, 1981

For all interested in theatrical art: Abbott & Holder in Museum Street (opposite the British Museum) are currently selling a group of actors-in-performance studies from the estate of Feliks Topolski. Pieter van der Merwe, STR committee member, chairman of the Turner Society, and expert in art and architecture both marine and theatrical, writes:

While many artists’ styles are easily remembered by those interested, some have an instant and unmistakeable popular-recognition factor. This is above all the case across the border of art and current affairs – the realm of the caricaturist – where the subject may only be of ephemeral note but the style inimitable. The Polish-born Feliks Topolski RA (1907–89) was one such hand; as memorable as James Gillray, Gerald Scarfe, or Ralph Steadman, but – unlike them – not primarily a lampoonist of particular follies. He was more a steady, strongly graphic visual historian of his age and one whose distinctive style, in terms of sculpture, sometimes has uncanny parallels with Epstein or Giacometti.

After coming to Britain in the 1930s and serving as an official war artist, Topolski’s independently published but widely syndicated Chronicles ran from 1953 to 1979. It included over 3000 drawings and was characterised by the writer Joyce Cary as ‘the most brilliant record we have of the contemporary scene as seized by a contemporary mind’. His studio was close to the site where the National Theatre was eventually built and his 600-foot mural of 20th-century events, painted there under the South Bank railway arches, was first opened as a free exhibition after his death and now forms part of a café-bar.

The stage was one of Topolski’s subjects, and Abbott & Holder in Museum Street (opposite the British Museum) are currently selling a group of actors-in-performance studies from his estate, including from productions by the RSC, the NT, the Almeida, Half Moon, Roundhouse, Lyric, Phoenix, the Ambiance and Arts Theatre Club, and other venues including in Paris and Edinburgh.

If you don’t see the regular A&H ‘monthly lists’ which quite often include stage items like costume designs, this is a good online introduction to them. See the catalogue on their website here.