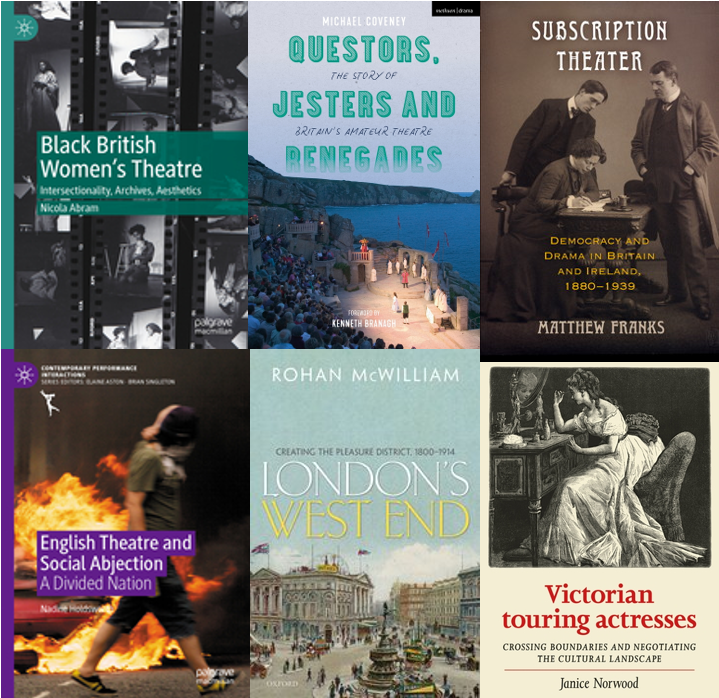 The Society for Theatre Research is delighted to reveal the shortlist for the Theatre Book Prize 2021.

The judges read over 50 books submitted by publishers encompassing studies of medieval performance to contemporary practitioner memoirs. The complete list of entries appears on the Theatre Book Prize page here.

The shortlist, to be announced at the Society’s virtual Annual General Meeting tonight is as follows:

2021 marks the 23rd STR Theatre Book Prize, which was established in 1998 to celebrate the Society’s Golden Jubilee. The aim of the Book Prize is to encourage the writing and publication of books on British-related theatre history and practice.

The winner of this year’s prize will be announced in June 2021.