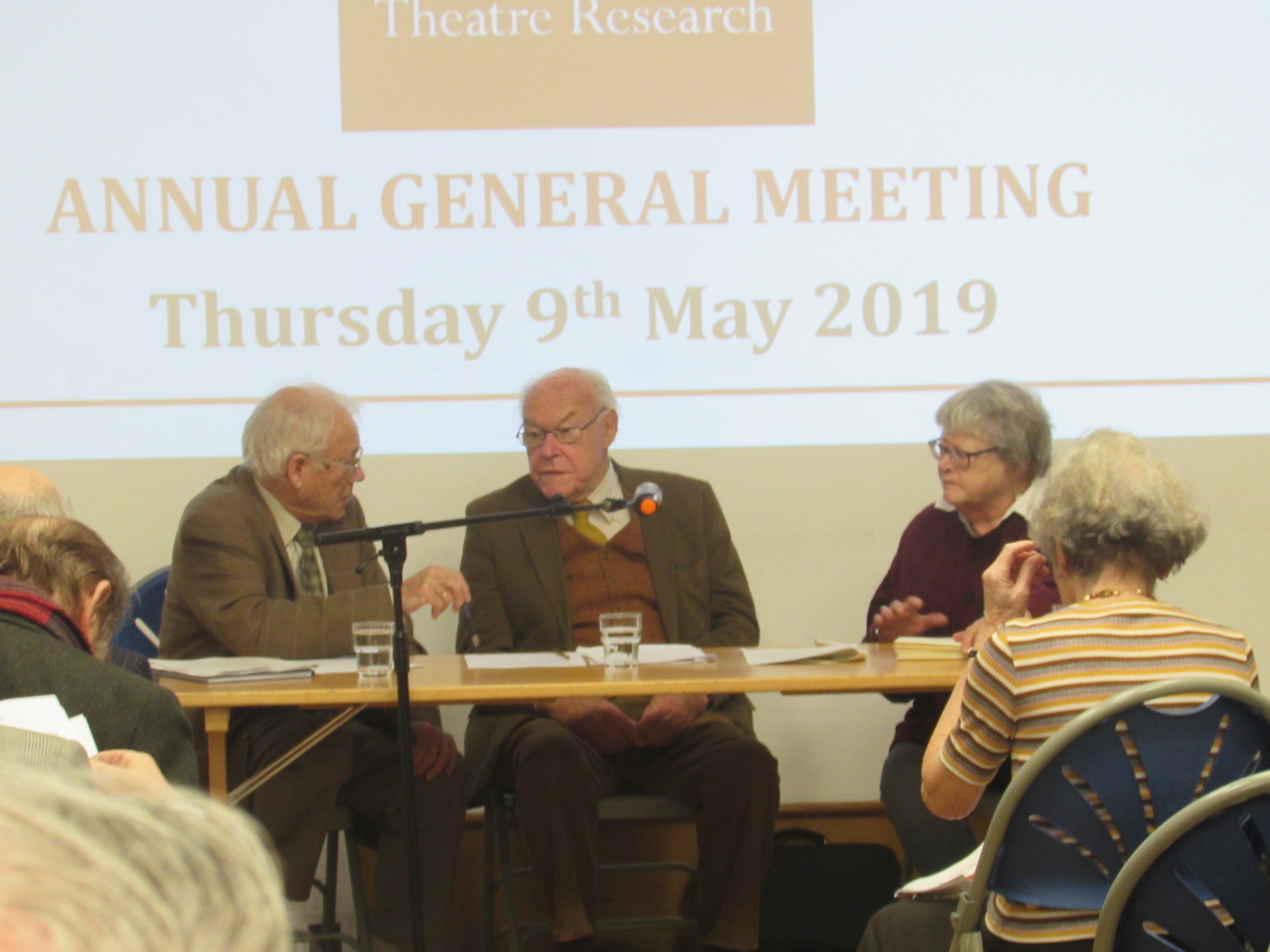 The Society for Theatre Research held its 71st Annual General Meeting in the hall at St Anne’s Soho, on Thursday May 9th 2019. Attendance was good, and a new format for the meeting itself, featuring some of the committee members, made for an informative and entertaining session. Minutes will follow in due course. 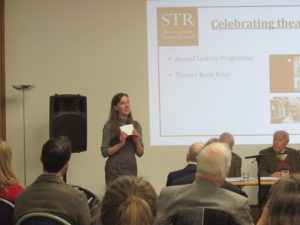 After an introduction by Tim followed by Chair Simon Sladen, Harriet Reed talked about this year’s varied season of Lectures, and introduced an equally fascinating series for the next season which begins in October – watch the website for announcements. 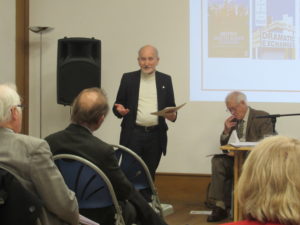 There were also contributions from Marion O’Connor and Trevor Griffiths for the Annual Publication and Theate Notebook respectively, an account from Richard Williams of the highly successful Poel Workshop, and Howard Loxton (pictured) spoke about the imminent excitement of the Theatre Book Prize. 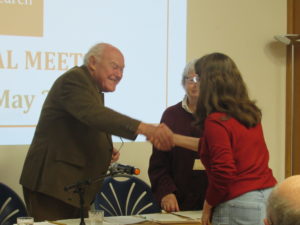 Tim West then announced the Research Awards and presented the awards recipients with a certificate – here Jami Rogers receives her award for her research into British Black and Asian Shakespeareans. 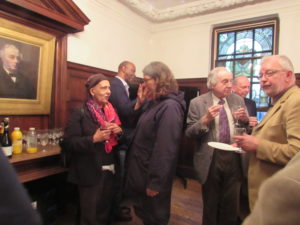 After the AGM business was concluded, wine and food was served in the Allen Room, an opportunity for members, award winners, and committee members to meet and talk, before returning to the main hall for the Annual Address. 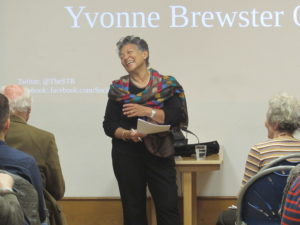 This year we were very lucky to have the remarkable Yvonne Brewster to give the address – a touching, funny, sometimes hard-hitting account of her arrival in Britain, her training at Rose Bruford, and the stages that led to the founding of Talawa theatre company. This was live-streamed, as are all our lectures where possible, and can be seen on YouTube here.