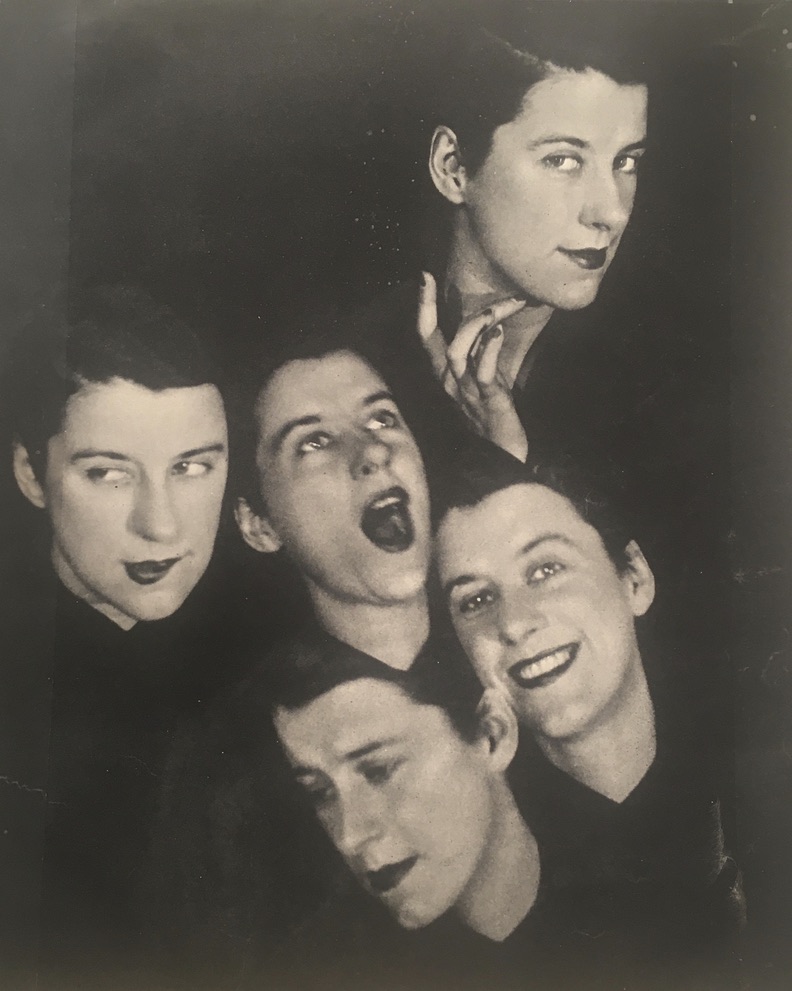 image: Beatrice Lillie, star of the revue stage in London and New York, by Cecil Beaton

Dr David Linton, lecturer in Drama at Kingston University, received a research grant from the STR in 2019. Here he tells us about his research and his upcoming monograph:

With the generous award I was granted by the STR towards research expenses, I was able to travel and spend a week consulting the Theatre Archives at Bristol University for my forthcoming monograph, Nation and Race in London West End Revue 1910-1930.

London West End revue performances of the early twentieth century in particular, in their form, content, experimentation and popular international appeal transcended the stage into everyday life. My research is primarily concerned with how London West End revue, a topical, satirical popular theatre, engaged in the construction and representation of national, gender and racial identities through music, dance and wordplay. Often politically conservative, protective of the status quo and concerned with appealing to a mainstream audience, revue was highly sensitive to the status and position of both Britain and London. Through contextual and textual analysis, I seek to highlight the attitudes, assumptions and beliefs that informed revue performance narratives and reflected provocative new lifestyles, values and politics.

While at the Bristol theatre archives, I accessed the excellent Mander and Mitchenson collection which has an extensive array of popular performance material. As a genre, revue popular performance has been highly contested and is both reviled and revered by practitioners and academics alike. For me, it has always been a multicultural space with a rich mix of diverse performers engaging in performance that reflect and engage with contemporary themes and issues. The use of blackface, whiteface and drag amongst other styles, signify and highlight issue of changing identity formations in terms of, gender, class, race and sexuality within a national context in the early twentieth century which have important parallels for today. These representations question the notion of fixed identities both for the individual and the nation and highlight Stuart Hall’s notion of the plurality of identity.

Although established before the First World War, shows like Not Likely (1914), By Jingo If We Do! (1914), 5064 Gerrard (1915), Now’s the Time (1915), Watch Your Step (1915) and The Bing Boys are Here! (1916) amongst others saw revue come into its own as a wartime entertainment. London West End revue’s growing popularity also coincided with the emergence of a new type of female performer who reflected the spirit of the times, such as Beatrice Lillie (1894-1989). Lillie was a pioneering comedienne who moved between male impersonations of soldiers and ‘girl hero’ personas with comedic songs, sketches and southern plantation songs of yearning about going home. With her androgynous appearance, unconventional sense of humour, razor sharp satirical wit, she symbolised an attitude that seemed to challenge authority and appealed to soldiers coping with the reality of war. Talented, ambitious, intelligent and independent, women in revue reflected those who were seeking to break free from society’s conventions, negotiating patriarchal and class power structures. Women on the revue stage were often in complex contradictory representational relationships mirroring modernity’s multiple values, places and constituencies on and off stage.

My time at the archives provided me with the vital opportunity to verify and cross reference historical facts and inform my approach in researching a vital area of British theatre. This has been invaluable for me in uncovering revue’s important role across the social, political and cultural spheres capturing and providing a means to express diverse British identities.

Is there anything that you are currently working on that might be eligible for one of our Research Grants? We welcome applications from all kinds of theatre researchers – academics, practitioners, independent scholars.  Closing date for 2021 applications is March 26th.
Full details and application form here.