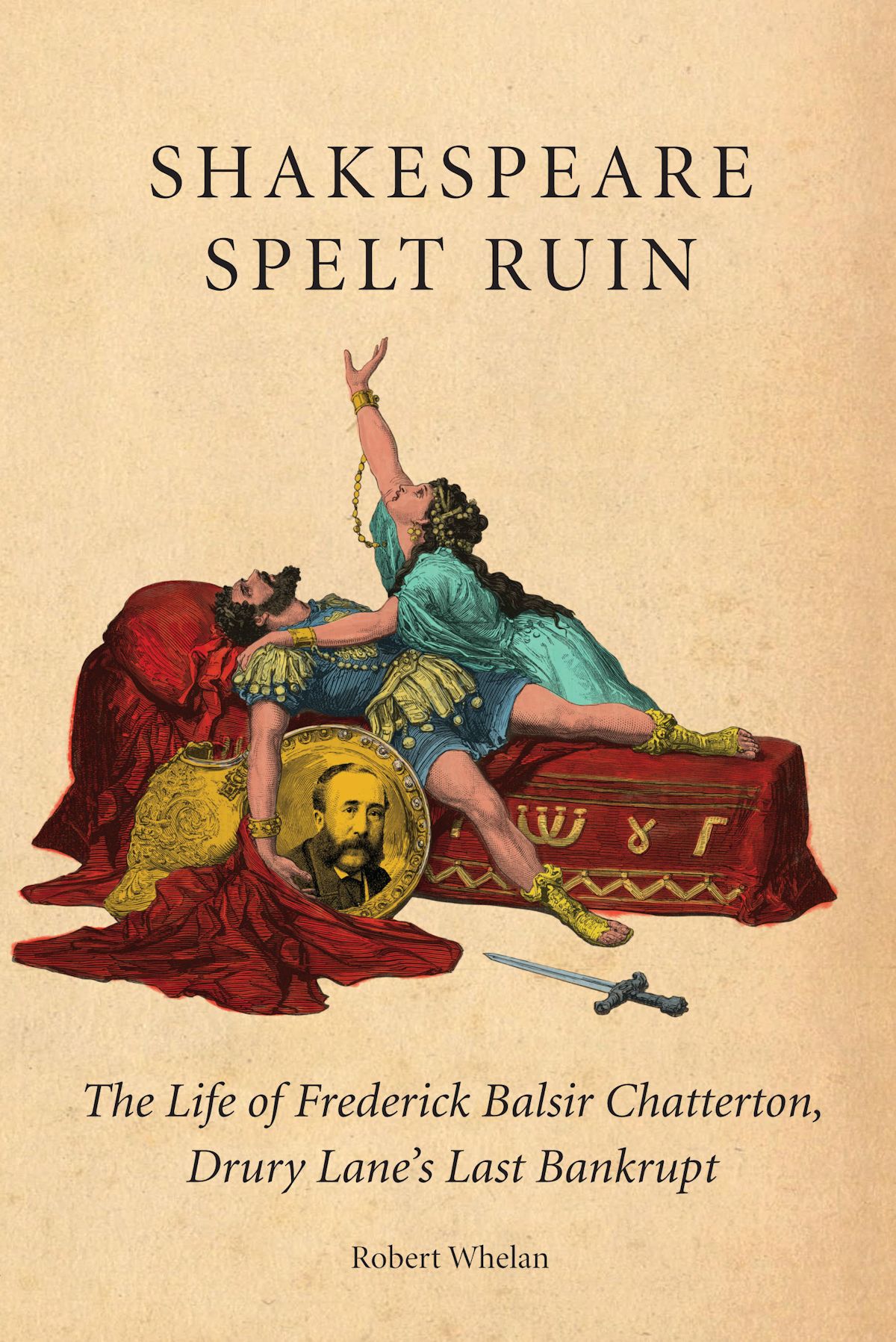 by Robert Whelan, a member of the STR and also a recipient of our Awards.

All are welcome to the Launch at French’s Theatre Bookshop on Friday 29 November between 1830 and 1930.

Frederick Balsir Chatterton (1834–1886) ran the Theatre Royal, Drury Lane from 1862 to 1879. Drury Lane had long been regarded as the National Theatre and its manager was supposed to make it the home of the ‘legitimate’ or serious drama. In the absence of a subsidy to cushion the losses of ‘legitimate’ plays that failed to cover their costs, the manager was in an unenviable position. Chatterton was the last person in charge of Drury Lane to take seriously its claim to National Theatre status.

He was also, not coincidentally, the last in a long line of Drury Lane bankrupts. His famous aphorism that ‘Shakespeare spelt ruin and Byron bankruptcy’ was literally true in his own case and could have been the epitaph of many of his predecessors.

This book, the first biography of Chatterton, describes his attempts to make Drury Lane the home of the poetic drama with the assistance of a small band of supporters: his father Edward Chatterton, one of the most popular front-of-house staff in the West End; John Oxenford, dramatic critic of The Times; E. L. Blanchard, author of the Drury Lane pantomimes for thirty-eight years; William Beverley, the greatest scene-painter of his generation; Andrew Halliday, who could turn long novels into gripping plays; and Charles Lamb Kenney, Chatterton’s faithful ‘literary advisor’ who wrote the appeals for public support.

Chatterton felt keenly the responsibility of upholding the great traditions of Drury Lane, ‘whose very name he cherished as it if were a living thing’. Even as he suffered the humiliation of bankruptcy proceedings, he was negotiating for a new lease to run Drury Lane as the National Theatre.  Shakespeare had spelt ruin for him, but he was always ready to try again.