Shakespeare on the psychiatrist’s couch 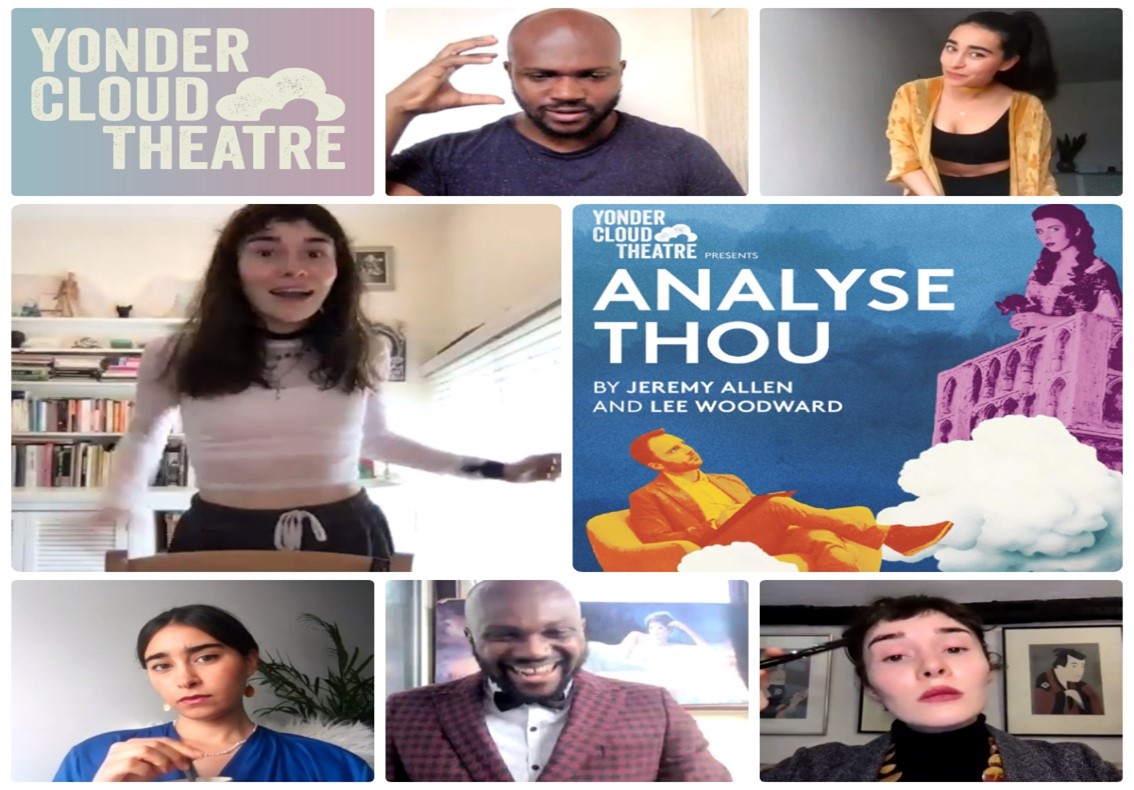 Back in March, I wrote an article previewing our project Analyse Thou, for which we received a Covid-19 Support grant from the STR. I am now able to write a review of how that project went and to relate some of our findings.

To recap, Analyse Thou is a play in which Shakespearean characters are put on the therapist’s couch, to dissect their motivations and, possibly, diagnose some mental health issues. The original Analyse Thou was performed at the Old Fire Station, Oxford, in 2016. This new version was designed to be performed over Zoom, as a means of reaching people who were unable to attend theatre due to ongoing mental health concerns. The majority of our funding came from a Research and Development grant provided by Arts Council England, supplemented by funding from the STR, Oxford City Council and Oxfordshire County Council. In this initial Zoom outing, we were looking to develop a working model to expand upon in future productions.

To secure a degree of legitimacy, we teamed up with two local mental organisations – Response and Oxfordshire MIND. Their role was to source service users to participate in a series of writers’ workshops and to provide an audience for online performances. They would also be providing advice, guidance, and general support along the way. Additionally, Response was able to put forward a service user for whom we could offer short-term employment as a project assistant to facilitate their re-entry into the workplace.

Key to the success of the project was a series of writers’ workshops, in which a small group of service providers and service users from Response and Oxfordshire MIND could put forward ideas relating to characters and situations taken from the Shakespearean canon, supplemented by accounts of their lived experience, to add that extra layer of authenticity. Attendance averaged nine participants per session, which was pretty much an ideal figure, given they only lasted an hour and we wanted everyone to have their say. The first three sessions consisted of participants discussing their thoughts on which of the Bard’s narratives were ripe for psychological mining, accompanied by more general discussions around mental health and treatment. We had to be careful at times that the sessions didn’t dissolve into a “talking shop” scenario in which grievances around bad treatment became the central topic. It was clear that some of the group members had had some less-than-ideal therapies, and emotions sometimes grew heated; however, we didn’t want to paint too negative a picture of therapy, as part of our remit was to raise awareness around mental health and signpost available help, so it was a bit of a balancing act.

By the end of our second session, we pretty much had our characters. They were as follows:

Our director Lee Woodward’s approach to directing on Zoom was to imagine it as a new form of stage. This was an important step to eliciting convincing performances from the cast and shaping the play. As with any theatre space, it was necessary in the early stages to explore the way the actors looked and sounded within the new environment. Lee worked with the cast to define and test out their individual spaces before experimenting with physicality and vocal performances. Within a few days he had a clearer idea of how and where they should move and vocal volume.  As he had envisaged, the visual and verbal qualities of each actor’s performance were either obscured or magnified by the quality of their camera and microphone, not to mention the size and resonance of their rehearsal space, but all these variations were embraced and used to enhance the naturalistic tone of the scene.

Another aspect Lee took into consideration was the actors’ physical health.  He noticed they tended to store tension in the upper part of their body when performing in front of a screen. On a couple of occasions, actors mentioned neck or back pain, which they resolved through their own exercises, but on reflection, this is something we would like to address ourselves in any future projects.

A further challenge was the potential for energy to sag; the optimal length of time for a Zoom rehearsal we calculated as being two hours, so Lee scheduled two blocks of two hours per day with an extended lunch break in between. Additionally, a number of acting games were repurposed in order to familiarise the cast with Zoom, each other and with the characters.

Finally, it was crucial to establish reliable internet connections for all cast and crew before rehearsals began, but as this was inherently prone to technical issues, it was important to plan for contingencies.

The first show consisted of a performance of the draft one script to a selected audience of writers’ workshop participants and other invited guests from the mental health community. We were expecting low numbers, but not as low as it turned out. There were less than ten people in the audience (fortunately, the actors could not see how many people were watching). Up until this point, numbers had not really been a factor, but the fact they were now dwindling suggested to us diminishing interest from writers’ workshop participants who had helped us form the piece. On the other hand, the feedback we received was generally positive across the board, necessitating minimal rewrites.

The second show was a performance of the draft two script to an audience of service users and service providers sourced by our two partners, supplemented by invited representatives from the mental health community. Our Zoom capacity allowed for up to 100 participants. As it happens, we didn’t get anything like that figure. Our audience totalled 17. Range was an issue as well, with only three of the six proposed residential centres represented. Covid restrictions were cited as a reason for not being able to directly approach people, limiting personal contact. To compound the minimal turn-out, very few members from the writing workshops we had conducted were in attendance. The performance, however had an excellent reception, as reflected by the post-show evaluation surveys, with marks of four or five (out of five) across the board. There was one comment which I was particularly pleased with:

“I learned (in my field of work as a counsellor in mental health) that I need to follow up on my research in the areas of solutions in dealing with trauma and PTSD. The second act was particularly excellent in focusing on this…”

Suggesting our work may actually have some clinical value.

Our final second draft performance was to an audience partially sourced from the mental health and theatre communities, with further tickets rolled out to the public. All tickets were free. The performance was, in the main, just as solid as the day before and again, well received, as indicated by numerous comments made in the Q&A and feedback forms. Numbers were up as well, with about forty in the audience.

The after-show Q&A provided some interesting feedback, and most people were very positive about the show itself. The nature of the set up on Zoom, however, with our panellists unseparated from the audience on gallery view, meant that they kind of got lost in the mix and it turned into more of a discussion than a traditional Q&A. This is an aspect we will try and redress in future performances. Our technical director suggested the Webinar version of Zoom as a more viable tool for our purposes, with audience “invisible” and questions coming via the chat bar, fielded by a facilitator. Having said that, our panellists’ answers were generally excellent.

Having developed a working model, we would now like to expand on this. There are a range of options open to us, all of which are exciting, but we are aware of a need to progress at an incremental pace – the next couple of months will see us developing a strategy for future engagement, as well us sourcing new project partners. The options we have discussed include experimenting with different online platforms and creating “hybrid” shows, combining live and Zoom theatre. Overall, we are more than pleased with what we have achieved and believe Zoom to be an exciting and viable tool going forward. 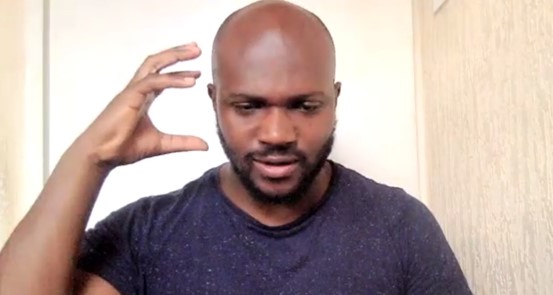