Shake it Up! A Shakespeare festival for Shoreditch

The Theatre Courtyard Gallery will open in 2020 on the site of Shakespeare’s first London theatre, the precursor of the Globe and the Rose.

This August, discover Shoreditch in a whole new light with a free weekend festival presented by The Theatre Courtyard Gallery, celebrating its most famous local, William Shakespeare.

The festival kicks off on Friday night with The Choicest Music of the Kingdom, an exclusive programme of Elizabethan and Jacobean choral works presented by internationally acclaimed choir The Sixteen.

The programme will be interspersed with stories of everyday London, from Shakespeare and his players to the groundlings of The Theatre and the monarch herself, as actors deliver a true celebration of Elizabethan London.

This extraordinary evening of drama and song will be performed in the atmospheric surroundings of St Leonard’s Church, Shoreditch, where the Burbages and several of the Lord Chamberlain’s Men are buried.

The Sixteen’s programme will include works by Byrd, Morley, Gibbons, Weelkes and Ramsey.

Booking is essential – tickets available from £5! Book via Eventbrite here.

Other activities across the weekend include talks by Before Shakespeare, walking tours by Look Up London, music by David William Hughes, dramatic readings by Dolphin’s Back, and comedy by The School of Night.

In a world first, the festival will also offer a yoga class with a theatrical difference. Bringing together classic strength, flexibility and breathing exercises, this relaxing class will include breathing, flowing movements and poses, performed to a live musical accompaniment. In a world-first (we believe), the class will also feature quotes from Shakespeare and Elizabethan scents. 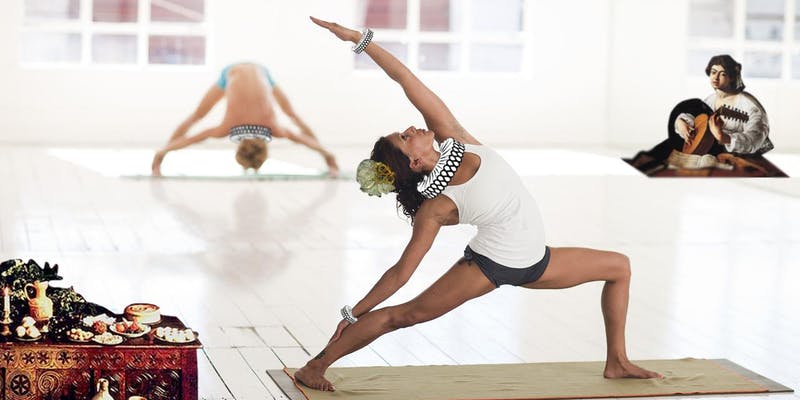