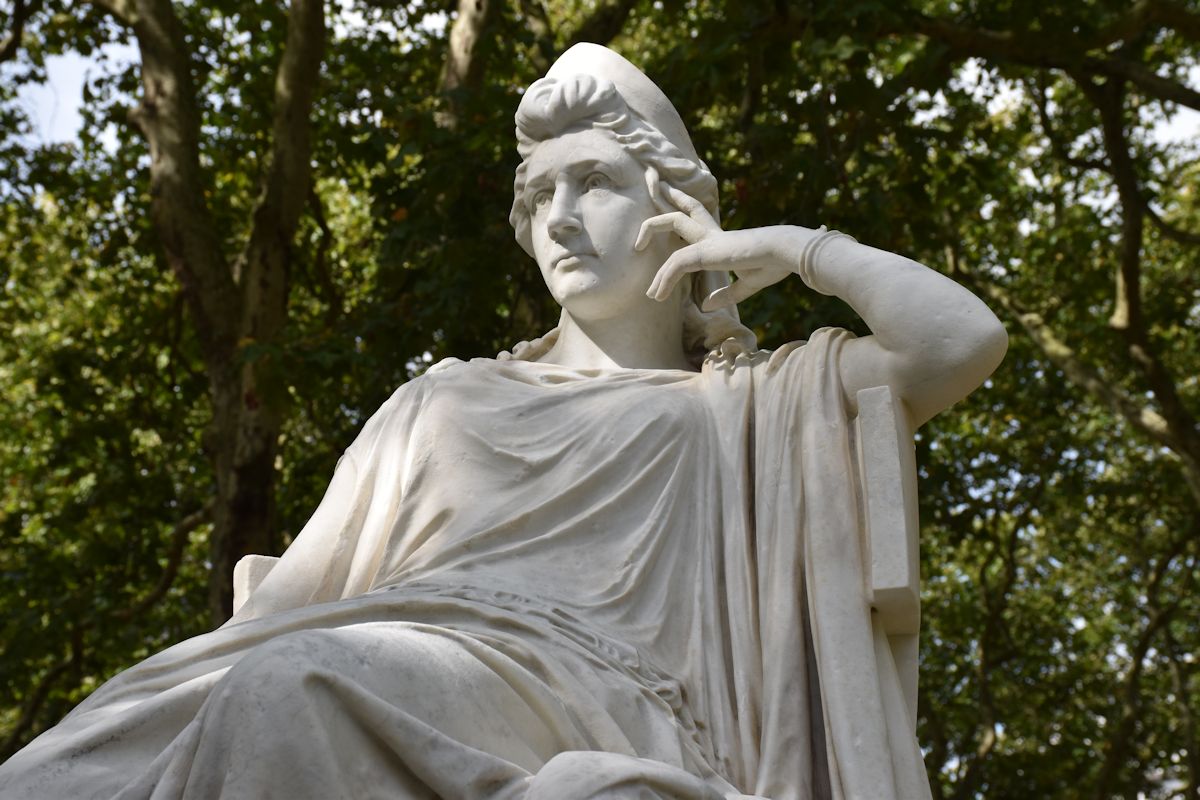 In the summer of 2019 the vandalised statue of Sarah Siddons at Paddington Green was restored after a long campaign by the Heritage of London Trust. Dr Nicola Stacey, its director, wrote the following interesting article in the London Topographical Society November newsletter. Many thanks to Nicola Stacey and to Bridget Cherry of the LTS for permission to quote the article here.

Sarah Siddons (1755-1831) was the best-known tragedienne of her era. Eldest daughter of the theatre manager Roger Kemble – many of whose descendants became well-known actors and actresses in the nineteenth century – she began as a lady’s maid in Warwickshire, married aged 18 and had seven children, five of whom predeceased her. She briefly alighted in the London stage in 1774, followed by five year’s work on the provincial theatre circuit. Returning to London in 1782, she became the greatest acting sensation of her time. Expressive and brilliant, her emotional power captivated Georgian audiences – she seemed ‘to burn with a fire beyond the human’.  Public interest was phenomenal: she became a cult figure and feverish spectators, both men and women, had to be carried out of the theatre. The Duke of Wellington attended her receptions and ‘carriages were drawn up before her door all day long’. She died in 1831 in London and was interred in St Mary’s Cemetery at Paddington Green. Over 5000 people attended her funeral.

During her lifetime Sarah Siddons was much illustrated, and she was painted as ‘The Tragic Muse’ by Sir Joshua Reynolds in 1784. In 1897, a fine white marble statue of Siddons based on Reynolds’ portrait, by the French sculptor Léon-Joseph Chavalliaud (d.1919), was unveiled on Paddington Green shortly after its opening as a public park. The actress sits regally in classical costume, with a dagger in her right hand and tragic mask under her chair.

With increasing anti-social behaviour in the park over recent years, the statue was badly vandalised in 2011. Her face was partly destroyed. Other parts of the statue were in poor condition, and historic repairs in polyester resin had failed. The History of London Trust liaised with Westminster Council to get match funding for the restoration over the summer of 2019, led by grant aid from HOLT. The statue was restored by a team from London Stone Conservation. The conservators moulded her lost features first in a hard wax, using archive images as well as contemporary portraits of the actress, and then carved new pieces in marble. The Trust brought a local school, Paddington Academy, to the project to visit the sculptors at work, find out about conservation and learn about Siddon’s life and context. HOLT’s patron, HRH the Duke of Gloucester, unveiled the restored statue on a sunny morning last June.