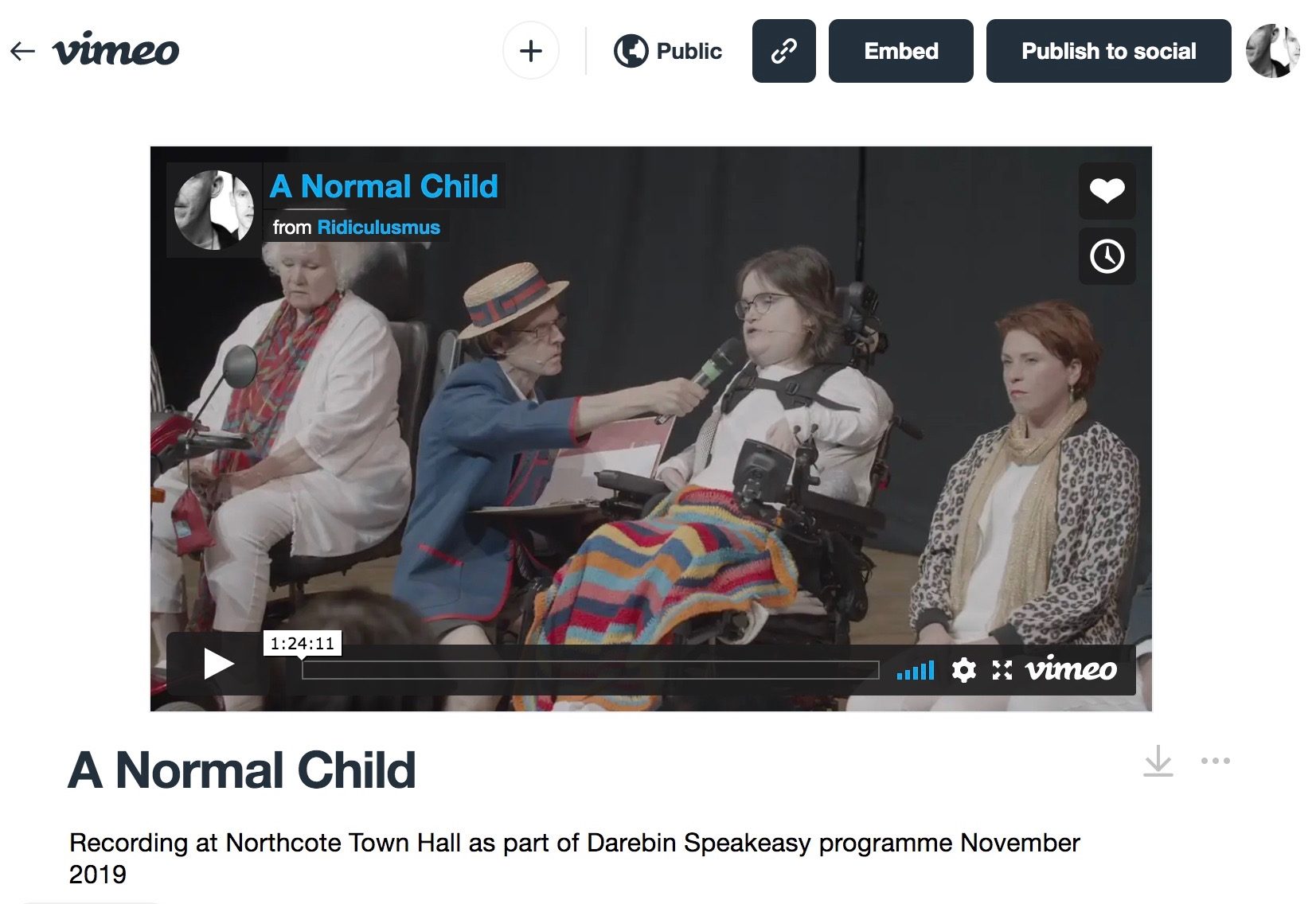 Jon Haynes of Ridiculusmus received one of our Covid support grants last summer. Here he brings us up to date on how things are progressing:

With the help of the Covid support grant we have undertaken an intense re-visitation of the Ridiculusmus canon, making selected pieces from our repertoire available on vimeo pro, reaching audiences and participants by sustaining an online presence during lockdowns. This activity intersects with the digital work we have been experimenting with in collaboration with our consultant Dr. Jason Crouch as well as our legacy of cross-genre experimental outputs such as ‘Dada Music’.

We have so far released full-length videos of the following productions:

‘The 2-man Importance of Being Earnest’, our adaptation of the Oscar Wilde classic play, directed by Jude Kelly and filmed at the Malthouse Theatre, Melbourne in January 2020.

‘Say Nothing’, filmed at The Barbican, London – a classic two-hander about the Northern Ireland peace process.

‘A Normal Child’, filmed at Northcote Town Hall, Melbourne in 2019 (see above for photo). This production – developed as an artistic response to disability action plans which are tokenistically established to meet legal obligations – was made in collaboration with an ensemble of four Melbourne based artists with different physical abilities – Jess Kapuscinski-Evans, Eva Sifis, Trevor Dunn and Betty Bobbitt. Turning access driven attention to theatre, stories and representation, their work explores fetishisation, exploitation, empowerment and the complexity of polyphonic discourse.

In addition to the above we have edited and uploaded mostly hand-held footage of devising sessions, which provide a snapshot of Ridiculusmus’ rehearsal methods and process. 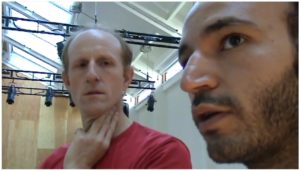 ‘Goodbye Princess’ (at the National Theatre Studio) – a play within a play within a play informed by the inquest into the death of Princess Diana, in which Mohammed Al Fayed has commissioned a bunch of thespians to devise a theatrical version of Diana’s final days that he intends to present as evidence in the High Court. The award winning Australian theatre blogger Alison Croggan described it is ‘a hyper-theatrical and possibly awful play about Princess Diana’. 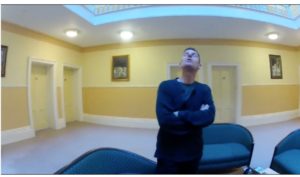 ‘The World Mouse Plague’ (filmed in The Grand Hotel, Scarborough), which centres round an immersive durational headphone verbatim allegory of stage four genocide. The production requires audience and evicted residents to wear mouse costumes. Ironically, the show has to be cancelled due to a mouse infestation problem. The real mice bear an uncanny resemblance to the humans who are dressed as mice and when the pest controllers arrive the confusion and stress lead to the theatre maker’s rapid descent into genocidal mania. 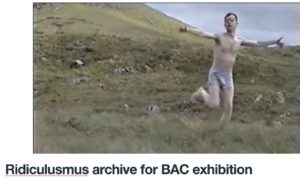 Plus archive material for a retrospective at Battersea Arts Centre that includes ‘The global chase’, a video sequence that was transmitted at the conclusion of the Ridiculusmus play ‘Yes, Yes, Yes’. Filmed by David and Jon at various landmarks: Trafalgar Square, The Eiffel Tower, Sydney Opera House, The World Trade Centre and the Taj Mahal, as well as ‘Mountain Dance’, filmed on the Sperrin Mountains in Northern Ireland, part of ‘Dada’, a project that included reconstructions of original Dadaist performances from Cabaret Voltaire.

The preparation of edited footage of earlier works in rehearsal and performance is on-going: ‘Tough Time, Nice Time’, ‘How To Be Funny’ and ‘Yes, Yes, Yes’. These will be converted to digital formats and uploaded to monetised platforms with enhanced features for public release.

Have a look! Click here to go to Vimeo