Restoration Shakespeare at the Wanamaker 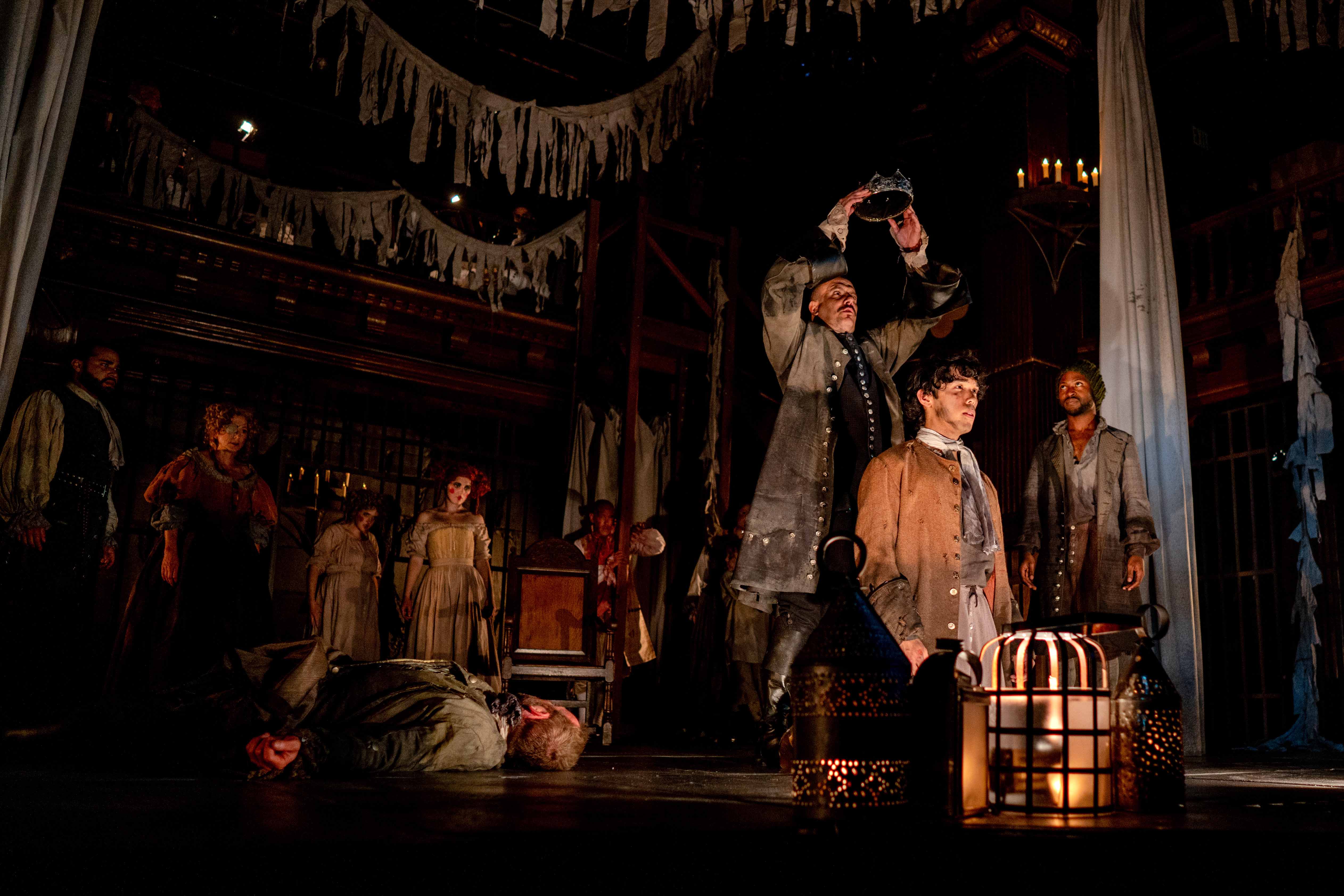 Come and learn about Restoration Shakespeare and watch live performances of music and scenes from two of the most popular Restoration-era adaptations of Shakespeare, The Tempest and Macbeth!

On the afternoon of 17 July, ‘Performing Restoration Shakespeare’—a research project funded by the Arts and Humanities Research Council—is holding a Restoration Shakespeare showcase in the Globe’s Sam Wanamaker Playhouse. You’ll get a behind-the-scenes look at our sold-out production of Restoration Macbeth, staged at the Folger Theatre (Washington, DC) in 2018. You will get unique insights from the Folger’s cast, stage director and musical director, and you will find out why Restoration-era adaptations of Shakespeare can be popular with audiences today. You’ll gain insights into the value of embedding scholars in the entire rehearsal and creative process. And you’ll hear first-hand accounts of how such collaborations unfolded in our production of Macbeth. Please join us for an afternoon of music, drama and discussion.

Entry to the event is free, but we kindly ask that you register in advance: https://www.eventbrite.com/e/restoration-shakespeare-showcase-tickets-63111704808

For information on how to get to the venue, visit https://www.shakespearesglobe.com/visit/getting-here/

16:25-16:40 Live performance of a musical scene from a Restoration version of The Tempest

16:40-17:00 Live performance of a monologue from Davenant’s Macbeth with Kate Eastwood Norris from the 2018 Folger production

When the English civil war began in 1642, the theatres were shut down. When the theatres reopened in 1660 upon the restoration of the monarchy, few new plays were available. As a consequence, the theatre companies returned to the pre-1642 classics of Shakespeare and his contemporaries. But they did not perform Shakespeare’s plays the way that Shakespeare’s own company had done decades earlier. In the Restoration theatre, women (and not boy actors) played women’s roles; the new indoor theatres were equipped with a proscenium arch and moveable scenery; and song, music and dance featured much more prominently.

The project ‘Performing Restoration Shakespeare’, led by Queen’s University Belfast, investigates how Restoration adaptations of Shakespeare succeeded in performance originally (1660-1714) and how they can succeed in performance today. It was launched in July 2017 in a successful partnership with Shakespeare’s Globe. Together, we held scholar-artist workshops and public performances in the Sam Wanamaker Playhouse of dramatic and musical scenes from Thomas Shadwell’s operatic Restoration-era adaptation of The Tempest (1674). Building on that initial success, we then collaborated with the Folger Shakespeare Library to hold scholar-artist workshops that led to a professional production of Davenant’s Macbeth (1664) in the Folger Theatre. The entire run was sold out before opening night and attracted wide press coverage, including both a feature article and a review in The Washington Post.

To find out more about the project, visit the Queen’s University Belfast webpage ‘Performing Restoration Shakespeare’.