I am a professional female actor (stage name Gabriela Romanov), trained both in Romania (The National University of Theatre and Cinematographic Arts, I.L. Caragiale – 4 years BA in Stage Acting) and in Britain (East 15 Acting School – MA in Acting for Film, TV & Radio), with over 20 years of acting experience. For nine years I was contracted by Bulandra Theatre, the only Romanian theatre member of L’Union de Theatres de L’Europe and one of the most prestigious in the country. There, I had the unique opportunity of working with internationally renowned and awarded directors, such as Alexandru Darie (LIFT nomination), Liviu Ciulei (Crystal Globe – Karlovy Vary, Palme d’Or – Cannes, and Tony Award winner), Christian Mungiu (Palme d’Or winner) and Andrei Serban (Peter Brook’s assistant in the 70s plus Tony Award winner) as well as the opportunity of playing on some of the most famous stages in the world as, for example, Piccolo Teatro Strehler di Milano and Maly Theatre in Sankt Petersburg. Other TV and film credits: (2014) Mrs Petri in DCI Banks (Season 2), directed by James Hawes, Left Bank Picture Ltd., ITV UK; (2002) Bella in Callas Forever, featuring Jeremy Irons and directed by Franco Zeffirelli; (1994) Dana in Un Unforgettable Summer, featuring Kristin Scott Thomas and directed by Lucian Pintilie. 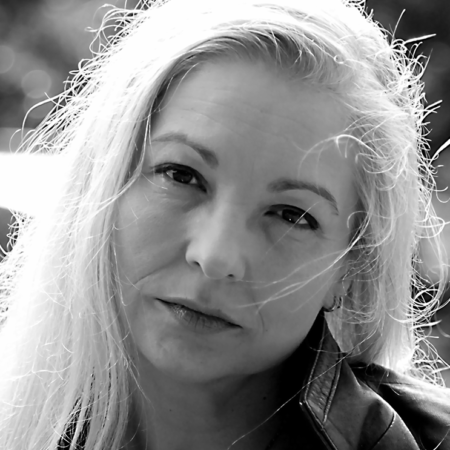 My practice-led research concentrated on stage training and was aimed to rediscover spiritual ways of preparing the actor towards experiencing that ineffable artistic creativity defined by Stanislavsky as the creative state or as experiencing ‘the life of the human soul’ on the stage. Filtered through the lens of his unaddressed Christian Orthodox background, as well as his yogic/Hindu interest, the practical work followed the odyssey of the actor, from being oneself towards becoming the character, from silence and stillness to movement or sound, and from improvised speech (Active Analysis) to performing the written lines of the text or its given circumstances.   The research was largely disseminated through national and international conferences/symposia participation with both paper presentations and workshops:

I am currently in the process of preparing for a new international practice-led research project looking at ways of congruence between Stanislavsky’s Method of Active Analysis and Demidov’s work with the first impulse. The future study aims towards finding out whether these can be merged into a brand-new acting technique that may equip young actors with all they need to be better prepared for adapting to the current industry demands of increased speed in delivering their artistic creations/performances without losing in quality and value. The collaborative practice-led programme also looks at gender issues in theatre and performance, in terms of creative processes, through the lenses of the completely unaddressed ‘androgynous actor’, a term not yet established in the literature. In relation to this project, I have already an article pending publication (November 2021 – “From Active Analysis to the Actor-Creator’s Work with the First Impulse”) in Stanislavski Studies.