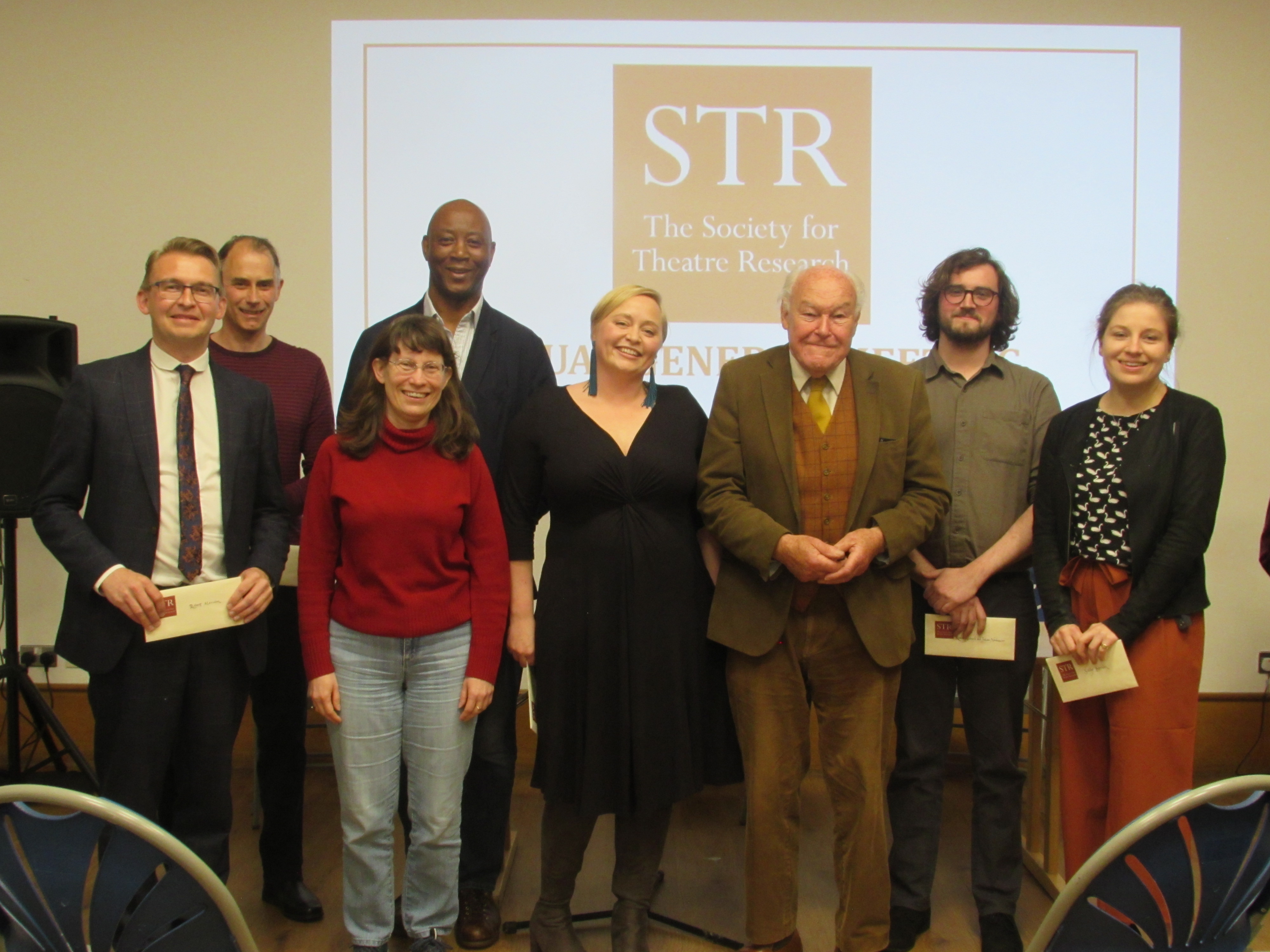 There were more applications than ever before for our Awards, and the standard was very high. It was very heartening to see the wide range of backgrounds amongst the award recipients, including a Professor Emeritus and a Showman/Researcher/Director/Performer/Broadcaster as well as independent scholars and doctoral and post-doctoral researchers. The research subjects also covered an extraordinarily wide range, including the use of radium in the theatre, an early seventeenth century Catholic play, Black and Asian Shakespeareans and bi-lingual wartime revues in London.

For all information about the Awards and how to apply for one, please see here.

Here is the complete list of awards distributed for this year’s round.

The Anthony Denning Award: to Russell Jackson, Professor Emeritus of Birmingham University, towards research on Noël Coward’s working methods as a playwright [travel].

An award from the Edward Gordon Craig Fund was made to Sally Barnden, post-doctoral researcher, towards publication by CUP of Still Shakespeare and the Photography of Performance [image rights]

Robert Kenny, retired Fellow at Leicester University, for an amanuensis to complete the final chapter and index for his book on The Inimitable Monsieur Francisque.

Gašper Jakovac, teaching assistant at University of Durham, for his work on  Robert Owen’s manuscript play The History of Purgatory. [travel]

Robert Dean, lecturer at Lincoln University, for the translation into English of two bilingual theatre revue scripts produced at the London Pavilion during the First World War [translator’s fee].

Robert Marsden, associate professor at Stafford University, towards research at the V&A for his forthcoming monograph (Bloomsbury) Inside the Rehearsal Room [travel]

Stephanie Tillotson, PhD student at Warwick, for images to be included in an essay for a forthcoming undergraduate reader (Palgrave Macmillan) Analysing Gender in Performance – Regendering Shakespeare [image rights]

Eoin Price, senior lecturer at Swansea, for a research trip to Oxford to look at promptbooks for plays by Fletcher and Massinger at Wadham College [travel]

Awards of a year’s free membership were given to Laura Milburn and Isabel Stowell-Kaplan.

In addition, a grant from the President’s Fund was made to Romola Nuttall and Julian Neuhauser towards the costs of making a film record of their reconstruction and performance of the Inns of Court play The Misfortunes of Arthur  [recording]

Two conference grants were made from the President’s Fund, to Alessandra Grossi and Isla Hall, towards attendance costs in Cologne and Rome respectively.