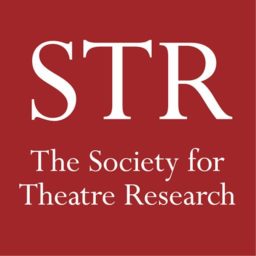 Awards totalling £4135 were announced at the Society’s Annual General Meeting in May 2017. No awards were made this year from the Craig Fund or the President’s Fund.

The Anthony Denning Award of the Society for Theatre Research to
ROBERT WHELAN, independent scholar:
towards the online publication of his database of Drury Lane performances between 1862 and 1879.

The Kathleen Barker Award of the Society for Theatre Research to
HANNAH MANKTELOW, Nottingham:
towards her work on Provincial Shakespeare Performance 1769-2016

The Stephen Joseph Award of the Society for Theatre Research to
JERRI DABOO, Exeter:
towards her work on Staging British South Asian Culture, specifically travel costs incurred in final researches before completing a book to be published by Routledge.

CHRIS O’ROURKE, Lincoln:
towards research on gender, sexuality and performance in Britain, 1896-1939. The money is for travel and BFI charges for viewing film material.

JAMES ARMSTRONG, NewYork:
for research into Romantic Drama in the Toy Theatre: travel costs to visit toy theatre archives in the BL and V&A.

NELL DARBY, independent scholar:
towards research into Ilda Orme to be published in various journals and online; towards travel to New York.

ALISON YOUNG, independent scholar:
towards research into members of her music-hall performing family to be published online and in The Call-Boy. Travel to archives in Sheffield and Bristol.

MOLLY ZIEGLER, Glasgow:
for research into Madness on the early modern stage: travel to archives at the British Library, the Globe, and the Wellcome collections.

TERRY ROBINSON, Toronto:
towards travel to the Huntington Library for research into Acting and Physical Expression in the late-Georgian era.

TOMKE KOSSEN-VEENHUIS, Edinburgh:
towards costs incurred in order to attend a conference at Leeds, to give a paper on ‘(Non-)Indeterminacy in Music and Dance Collaborations’.

HELEN GUSH, V&A:
for image reproduction rights for her work on the World Theatre Season.