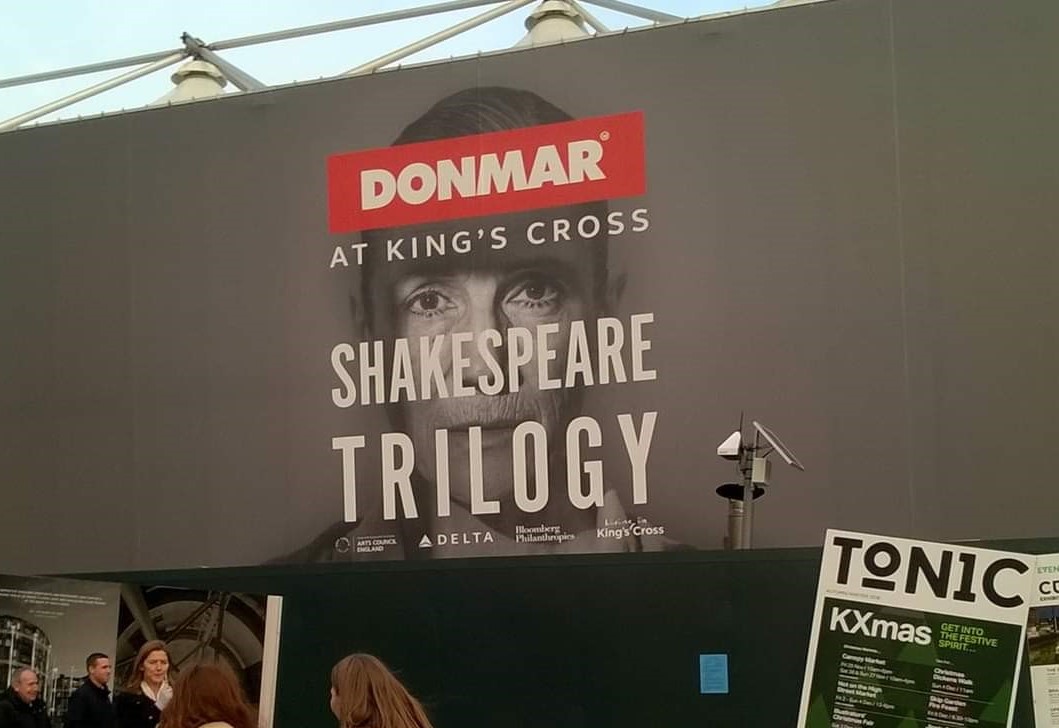 Stephanie Tillotson received a Research grant in 2019 to fund image rights for a collection of essays on gender in Shakespeare performance. Here she writes about the difficulties of working through the pandemic towards the eventual success of her project.

Last week I received a long-anticipated email: “We are delighted,” it began, “to let you know that Analysing Gender in Performance is now with the publishers.”  It was wonderful news, especially as the collection of essays had taken longer than expected to complete due to the arrival of Covid-19. In 2017, I was working on a doctoral research project examining female cross-gender playing in Shakespeare, when my supervisor encouraged me to submit an abstract to a proposed undergraduate Reader, the subject of which was gender in performance. I was thrilled when my submission ‘From Gimmick Casting to Standard Practice: Re-gendering Shakespeare in Performance,’ was accepted.

Then came the process of drafting and re-drafting.  My chapter begins with a survey of the Press’ response to Fiona Shaw’s playing the king in Deborah Warner’s 1995 production of Richard II. Shaw’s performance was met with general howls of derision, it was, according to the critic at The Independent, ‘Gimmick casting … the sort of thing you might expect to see at the end of term in a boarding school’.  However, I argue that the British theatre practice of re-gendering Shakespeare entered contemporary performance history with Shaw’s King Richard.  It is a bold claim, but one that can be tested in Deborah Warner’s own subsequent career. Fast forward to 2016 and Warner was once again directing a centrally cast woman – this time Glenda Jackson – in King Lear.  Maxine Peake, Harriet Walter, Michelle Terry and Tamsin Greig (among others) were playing Shakespeare’s traditionally male roles.  Twenty years after Shaw’s Richard, female cross-gender casting in Shakespeare was no longer assumed to be gimmickry but had become standard practice.

This change in attitudes to what is appropriate casting happened because a woman playing a traditionally male-gendered role profoundly impacts both the written and performance texts. Thus, the main section of my chapter was an analysis of the effect of female cross-gender playing.  In 2012, Phyllida Lloyd/Harriet Walter’s all-female Julius Caesar at the Donmar Warehouse, had proved so popular with audiences that it was quickly followed in 2014 by an all-female Henry IV.  Both productions were revived, and The Tempest added in 2016 under the title The Shakespeare Trilogy. As I was writing about all-female playing it became clear that my chapter required accompanying photographs of the women’s work.  I applied to the STR for funding and am immensely grateful for their support.  It enabled me to buy two images of the all-female cast in rehearsal: one with Harriet Walter as Brutus and Frances Barber as Julius Caesar, the second featured actor Jade Anouka during the assassination scene.

Then came lockdown. For me these past 18 months have been a series of frustrations. Suddenly I was unable to access resources in theatres, libraries and museums that had closed overnight.  My one compensation was, by paying for reproduction rights, I was able to contribute to the income of a freelance artist, a theatre photographer whose earnings had suddenly ceased. Despite the difficulties, finally, that delightful email dropped into my inbox saying a physical copy of the book should be with me by the end of 2021. Congratulations to all involved in this protracted venture, particularly our patient editors, Cathy Leeney and Paul Halferty, and many thanks to the STR whose generosity so enhanced my contribution.

Watch out for the announcement here of the forthcoming publication!

Are you currently working on a project dealing with British or British-related theatre? We run two grants programmes each year: Stephanie received a grant from the Research Grants programme – more about this here.  Applications for this will open later in the year. We are also currently running a grants programme for practitioners and more practical research and development – for more information click here.