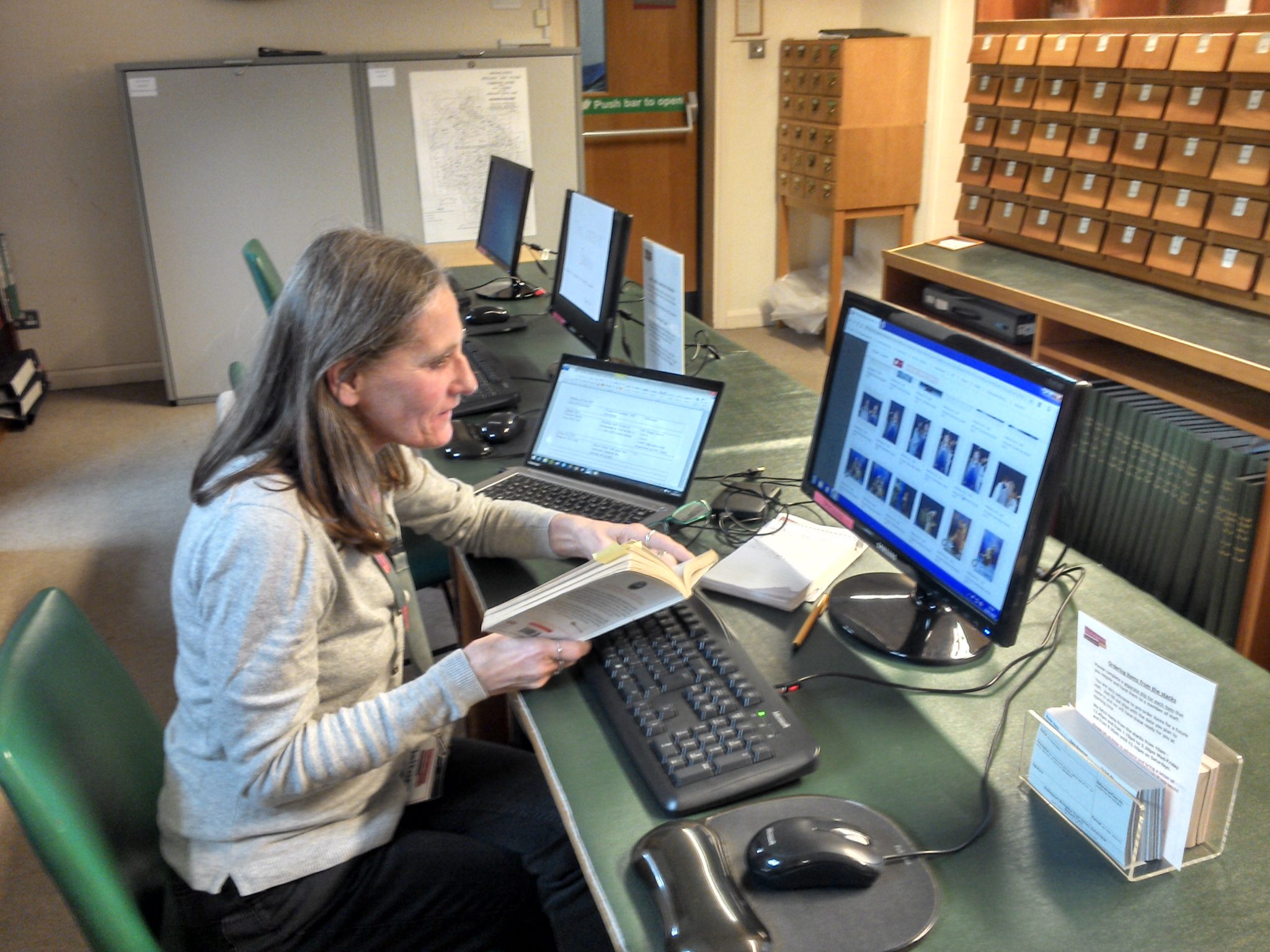 Laura Higgins won a Research Award last year to source images for an article on the place of women in Shakespeare’s history plays. Here she writes about her research process:

I’ve been researching the stage history of Richard II for several years and have never lost the thrill of the rich resonances of the language or ceased to be amazed by Shakespeare’s insightful articulation of power and personal and national identity. As all of Shakespeare’s history plays inevitably draw attention towards their eponymous kings, and the male characters (no less inevitably, given the social and political world of these chronicle dramas) far outnumber the female figures, I feel it’s really important as a lecturer and researcher to create some space for the histories’ women. I discovered in the early stages of my research that some scholars have found the women in Richard II less interesting than the ostensibly more exciting female characters of the Henry VI plays for example. However, after analysing the words and actions of the Duchess of Gloucester, the Duchess of York and Richard’s Queen (the three named women in Richard II), and looking carefully at their journeys through the play, it became clear that, in spite of the little stage time they are given (the Queen is only written into four scenes, the Duchess of York has two scenes, and the Duchess of Gloucester only one), their personal stories and their contribution to the overarching narrative of the tragedy are highly significant.

I was delighted last year to receive an STR award towards the costs of images for my article ‘Locating Herself; Finding Her Voice: Reasserting the Queen’s Narrative in Shakespeare’s Richard II’ (one of the two articles I’m writing about Richard II’s women). The research process has involved various methodologies as I’m extremely interested in the approaches of different actors and directors to interpreting the Queen and also in critical responses to the character. This has meant numerous visits to various archives (including the Shakespeare Centre Library and Archive in Stratford-upon-Avon, the V&A Theatre and Performance Archives, the National Theatre Archive, and Shakespeare’s Globe Library and Archive) to examine a range of theatre ephemera such as reviews, prompt books, posters and other publicity materials, production recordings and, very pertinently in relation to my STR award, production stills.

I have also interviewed several actors who have played the role in productions between 1995 and 2015 and they have all been really passionate about the Queen and have given me some tremendous insights, which have become an integral part of the article. I believe that actors develop a unique knowledge of the roles they play and have much to offer theatre and performance researchers and one of the aims of this project has been to document and credit the work of those who have played the Queen as well as to raise the profile of this neglected female character.

The research has also involved seeing as many live productions of Richard II as possible; these included the most recent stagings of the play – one directed by Joe Hill-Gibbins at the Almeida Theatre (December 2018 – February 2019) and one at the Sam Wanamaker Playhouse directed by Adjoa Andoh and Lynette Linton (22 February – 21 April) – both of which were radically different and gave me more material and ideas to draft into the article.

My final visits to the archives were to check details and make the selection of production stills. Choosing the photographs was certainly a pleasant task as looking at them triggered memories of productions I’d seen and generated questions and imaginings about those I hadn’t; and they are also interesting artistic objects in their own right. However, making the final selection did prove extremely challenging as sometimes the image I needed to illustrate a particular moment I discuss doesn’t exist in the archives and sometimes there were several images that it would have been really great to include, but I needed to limit the number. After that came the process of liaising with the various rights managers regarding the licensing and supply of the images.

These production images strikingly enhance the article and I’m extremely grateful to have received the award from the STR for them.  I’m now working on the final draft.