The Theatric Tourist is the only account of British theatre written by a man who was both an actor and a manager as well as author and artist. James Winston travelled throughout Britain recording details and making sketches of nearly 300 theatres. It was published in 1804-05 as a deluxe edition with 24 hand-coloured plates and 72 pages of text. Very few copies survive ­and have never before been reprinted. Winston’s individual style recounting the buildings, players and atmosphere of the time is a unique record of Georgian playhouses and a valuable piece of social history for anyone interested in the performing arts in Britain in the early nineteenth century. 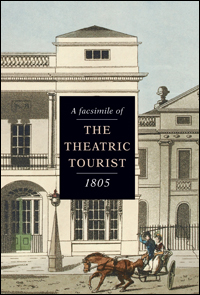