The Politics of the Pantomime

The Politics of the Pantomime examines English pantomime productions in the mid- to late-19thC, focusing not on the pantomimes of the major London theatres but rather on the variety and independence of those in the provinces, in particular the three urban centres of Nottingham, Birmingham and Manchester. Many regional productions were far from being pale imitations of Drury Lane spectacle and although sometimes curtailed by the practicalities of local economics, producers and writers nevertheless used their inventiveness to create pantomimes that were rooted in specific expressions of local cultural identity. 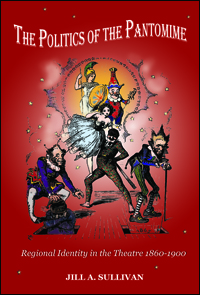