The Doubling of Parts in Shakespeare’s Plays

This booklet concentrates on doubling in the 19th century theatre discussing not only which roles were doubled but the way in which actors were credited and pseudonymous names for them invented. 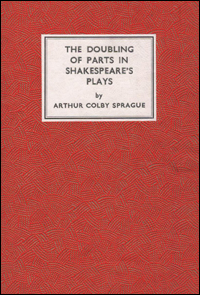