The Calverts: Actors of Some Importance

The careers of Charles and Adelaide Calvert reflect the changes in the theatre on both sides of the Atlantic during the Victorian period. Charles’ Shakespeare revivals set a standard for the day. After his death Adelaide continued acting in the US and Britain where she appeared in Shaw’s Arms and the Man. All their children went on the stage, including Louis who appeared with Irving and Tree and in Shaw with the Vedrenne-Barker company. 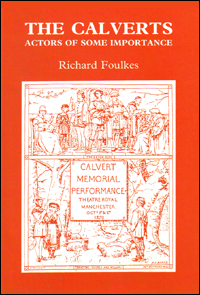