Opened in 1927 with a restaurant, bars and a 324-seater theatre, the Arts Theatre Club had the (then) smallest stage in London. The first production was a revue but the theatre went on to present a wide range of old and new plays, among them work by Fry, Rudkin and Pinter. It staged translations of European drama, including the British premier of Waiting for Godot, and, as a club, plays which the Lord Chamberlain would not license. Run for more than a decade by Alec Clunes, it was where Peter Hall began his professional career and for a time became the experimental arm of the RSC and home of the Unicorn Theatre for Children, all recorded in this brief history.

A brief history of a significant London theatre, that hosted a wide range of old and new plays, translations of European drama, and plays which the Lord Chamberlain could not license. 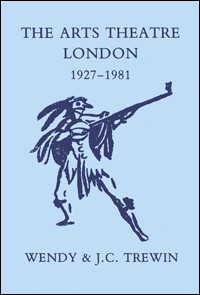