Shakespeare and the Birmingham Repertory Theatre 1913-1929

Birmingham Rep, founded and run for many years by Barry Jackson, has launched some of Britain’s best actors and gained a world-wide reputation for its productions of new plays and classics, especially its innovative Shakespeare, including the first in ‘modern-dress.’ This book not only discusses the work of Jackson but other Birmingham directors such as Harcourt Williams, John Drinkwater and H.K.Ayliffe, the contribution of designer Paul Shelving and of actors such as Olivier, Richardson and Gwen Ffrangçon-Davies. 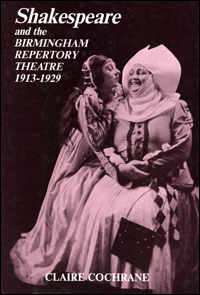