Charles Mathews, in 1808 the virtual originator of the one-man show, began in stable theatre and worked his way up to being a leading comedian at Drury Lane before being lamed in a carriage accident limited his roles. He then developed his ‘At Homes’ in which he played all the roles, presenting them in London during the season and in the provinces in summer as well as in America. An appendix includes some of his outline ‘texts’.

A biography of Charles Mathews, in 1808 the virtual originator of the one-man show 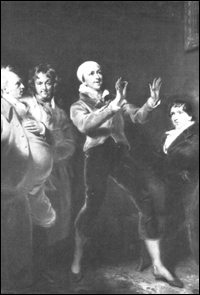