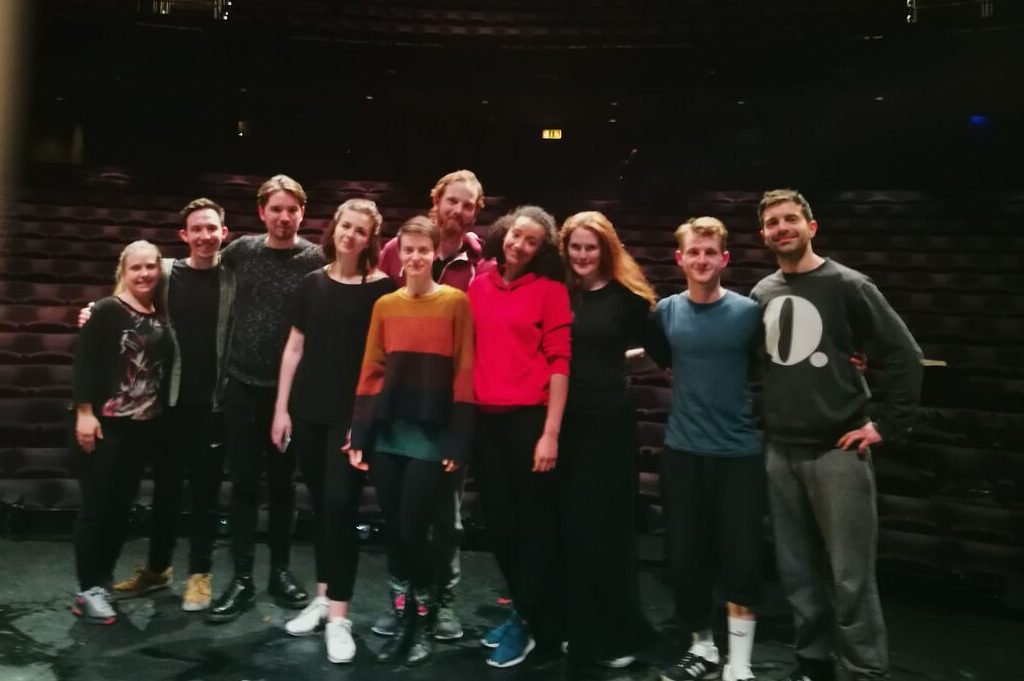 In April the annual Poel Workshop once again took place successfully, with two days of theatre skills training & workshops at the Royal Central School and on the Olivier stage at the National Theatre.

Led and organised this year by Richard Williams, Director of The Foundation Course in Performance at the Drama Centre London, the 12 very committed participants – all professional actors who have been working in theatre for at least two years – were put through a series of rigorous workshops, largely based on Shakespeare. This included voice training, intensive analysis of Shakespeare texts and, of course, individual performances of prepared excerpts.

The workshops themselves were run – as is always the case – by experienced professionals. This year they included Jeanette Nelson, Head of Voice at the National Theatre, Nona Shepherd, Associate Director of RADA, and Theatre Directors David Thacker and Barry Rutter.

For more about the Poel Workshops see the page here