Poel Workshop Director’s Christmas Present (plus Past and Future) 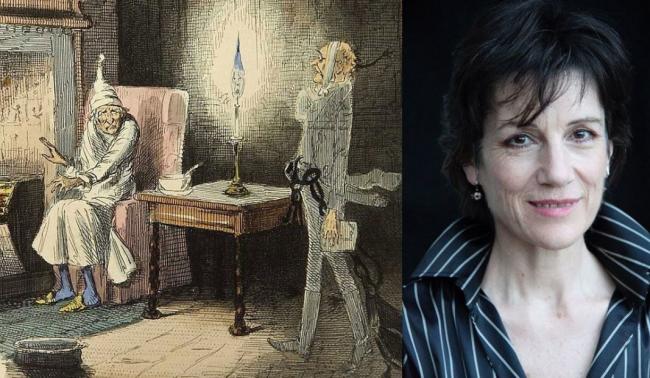 The Society’s Poel Workshop Director Richard Williams re-opens the Brighton Dome after months of closure with his production of A Christmas Carol on Sunday 12th December.

This new adaptation of Charles Dickens’ great novel will be narrated by Dame Harriet Walter and accompanied by festive music from Brighton Philharmonic Orchestra.

Abridged by Richard, the much-loved story of Ebenezer Scrooge, Tiny Tim and the spirits of Christmas Past, Present and Future will be supported by musical arrangements from award-winning pianist and BPO music director, Joanna MacGregor, with a brass quintet performing classic carols.

“A Christmas Carol is among my favourite books” said Richard “and I’ve done more straightforward stage adaptations of it in the past. For this concert version I’ve edited the script to allow for the wonderful musical interludes, while keeping the familiar and well-loved characters and story.  Dickens’ novels transform very easily to the stage because he had a keen sense of the dramatic and a powerful instinct for great storytelling. I’m also directing the production, which means liaising with the production staff to ensure all the elements combine to create an atmospheric and celebratory Christmas event.”

Actress Harriet Walter said: “I was particularly sad at the prospect of a Christmas without the annual round of entertainments I’m usually asked to take part in – then out of the blue came this wonderful invitation to narrate Dickens’ classic story of redemption. It will be a privilege to be on stage for a live performance with the brilliant musicians from the Brighton Philharmonic Orchestra. I look forward to being part performer, part audience at what promises to be as much of a coming together as this particular Christmas can afford.”

Two 70-minute performances of the show will take place tomorrow, at 2.30pm and 7.30pm and tickets can be purchased up to half an hour before the event from Brighton Dome..

Richard Williams is based in Brighton and prior to his current post as Director of the BA Acting Course at Drama Centre was Director of Manchester’s Contact Theatre and the Oxford Playhouse Company.  He has directed the STR Poel Workshop for the last four years.