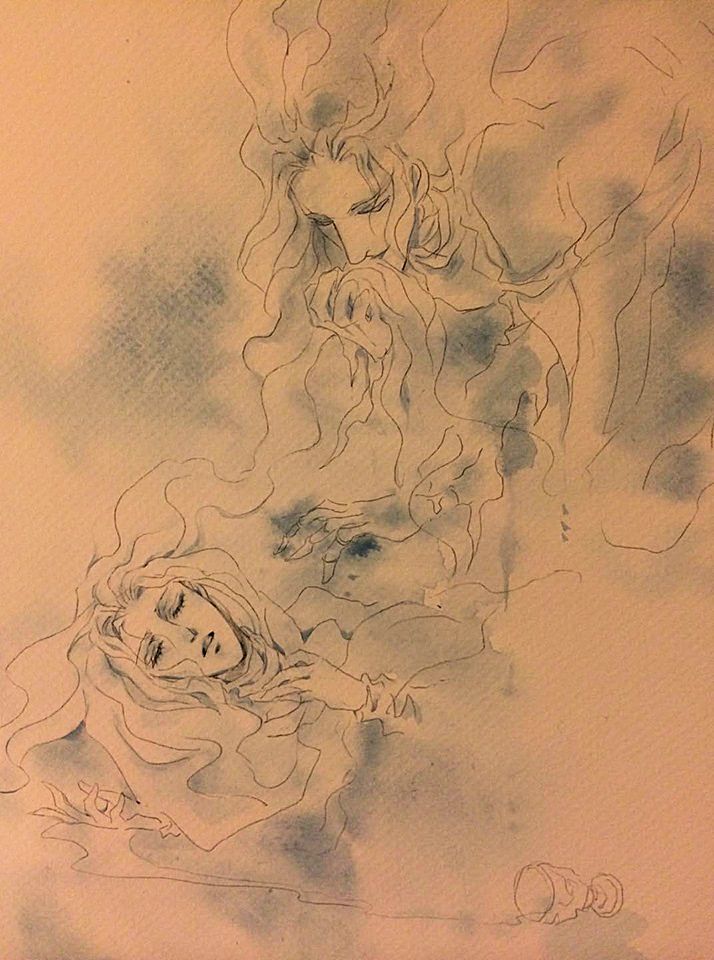 Illustration: Harumo Sanazaki – the Ghost of Hamlet’s father, holding Gertrude’s hand in the moment of her death

Exploring the visual influences on and of Shakespeare’s work, this international conference is delighted to receive submissions from colleagues interested in painting, iIllustration, comics, Manga, film, television, games, new and interactive media, photography, puppets, design, designed objects – indeed anything visual which appertains to Shakespeare, either influencing him, or showing his influence upon others.

Although Shakespeare is frequently thought of primarily in relation to text, it is often the visual imagery associated with him which is most memorable. Think, for example, of the Balcony Scene in Romeo and Juliet. There is only one small problem – Shakespeare never mentions a balcony. The Balcony Scene was invented by illustrators.

Despite having created so many memorable characters and images in his writing Shakespeare, the most invisible of all writers inside his own creations, has, however, become one of the most iconic of all figures in visual representations., seen all over the world. His plays are early recruits to every new storytelling medium, and he has in many ways replaced traditional mythologies in giving the whole world a range of shared cultural references to be shown, parodied, plundered, plagiarised and used as source material for every kind of presentation, from cinematic blockbusters to advertisements for meat paste. He has been rendered in almost every sort of physical medium, from marble to Lego, and many of his characters too, (although so far only Hamlet, and Spiderman as Macbeth have so far made it into dedicated  Lego figures).  There is a lot to talk about…

The keynote speakers are:

The conference fee is £80 for three days, which includes lunch.

All accepted papers will be read at the conference.

The conference also features two exhibitions, Picturing Shakespeare, a comparison of European and Japanese visualisations of Shakespeare, and The Shakespeare of Things, examining Shakespeare and his characters in designed objects, ranging from objects d’art to absolute kitsch.