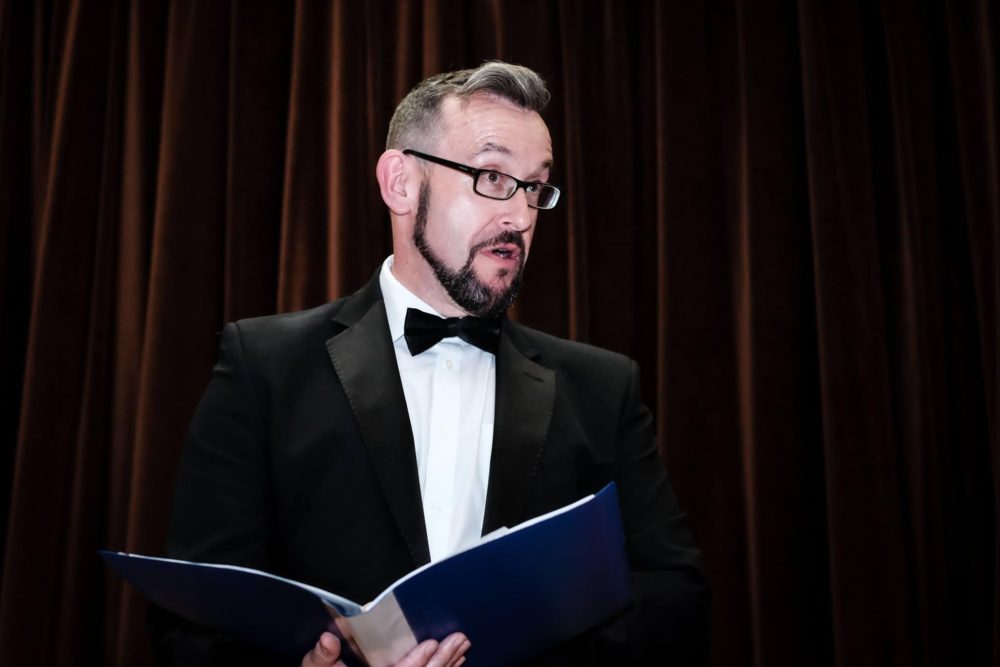 Paul has been a theatre critic and feature writer for The Stage for more than 20 years. Other titles he has written for include Musical Theatre Review and Makeup Artist Magazine. He has acted as a judge for the Off-West End Awards, the London Cabaret Festival, the Lost One-Act Play Festival and also reviews on the Edinburgh Fringe as part of The Stage reviews team.

Firstly I’d like to say what an honour and delight it has been to judge the Theatre Book Prize this year. As a theatre critic, we tend to concentrate on what happens on stage, but with these volumes we are offered insight into the lives not just of actors, but of the theatres themselves. When the books started arriving I was struck with the diversity of the titles. Some obscure and mysterious, others fairly straight forward. I have always been interested in biographies, so I was drawn to a selection of titles. The first of these ended up on our shortlist.

The autobiography that really caught my imagination was Will She Do? by Eileen Atkins published by Virago. Atkins may be a familiar name to many, but I had no idea about her background or early career. Atkins’ book is refreshingly honest, as she makes no bones about her oft documented temper or indeed her temperament. It’s equally refreshing to see that this is not just the story of an actor’s career, but of a working-class actor making her way to the West End and beyond.

Atkins paints a vivid picture of her early life, growing up on a White Hart Lane council estate before stage school, rep and idyllic summer seasons in Cornwall. Famous names are dropped occasionally but Atkins’ story isn’t a Who’s Who of the theatre world, but a matter of fact journey packed with eccentric characters and a knack for story-telling. Actors are, I suppose, storytellers by trade and Atkins never fails to be entertaining and on more than one occasion shocking.

In contrast perhaps, I also enjoyed The Performer’s Tale – Nine Lives Of Patience Collier by Vanessa Morton from Head of Zeus. It tells the fascinating story of the actor, whose career spanned the latter half of the 20th century. Morton’s thoughtfully curated biography captures fragments of Collier’s fascinating career, piecing together the engaging story of a remarkable actor. Collier may be a less familiar name than Atkins and from an utterly different background – she was a debutante in 1929 – but her career plays out against what many consider a golden age of theatre, film and television in the UK.

There were barely any books on theatre’s queer history in the competition so I read with interest This Is My Friend Sandy by Deborah Philips from Methuen Drama. Having had a massive hit in the West End with The Boy Friend, Sandy Wilson was a gay writer working at a time when homosexuality was illegal. Philips picks away at Wilson’s career and those of his contemporaries with an eye on sub-text and secrecy. She wades into the West End of the 1950s to try and piece together a picture of gay life, exploring the camp aesthetic of The Boy Friend and the imagery of later, darker pieces such as The Clapham Wonder.

Towards A Civic Theatre by Dan Hutton published by Salamander Street is one of the very few books submitted that looks to the future rather than dwelling on the past. For this reason, it was easily one of the most engaging, insightful books to emerge from the competition this year – in my opinion at least. By using contemporary examples, Hutton explores the real value of theatre in the community. Citing the ground-breaking work of Slung Low in Leeds, Hutton explores how companies are striving to adapt to the communities they serve. This book makes the reader think about what theatre is for and how it can, in an age of digital prominence, remain relevant. It too won a place on our short list.