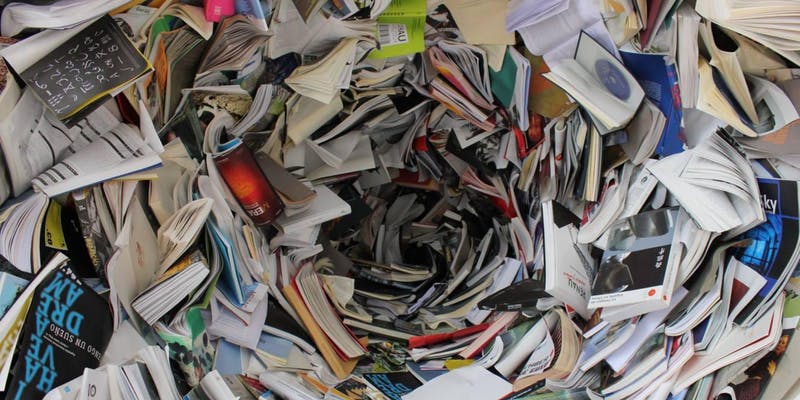 Becoming a Post-Doc is one route into an academic career, but how do you secure one? Mrunal Chavda shares his academic journey and what he felt helped get him the position. Mrunal is a Post Doctoral Research Fellow in Sociolinguistics at the University of Cape Town (South Africa). The project ‘Sociocultural Documentation of Gujarati in South Africa’ is funded by National Research Foundation (South Africa) and is supervised by Prof Rajend Mesthrie. Mrunal holds a PhD in Drama from the University of Exeter (England). His ‘home’ India and research interests are theatre and performance studies, the Natyashastra, and Indian diaspora in Africa, the UK (so far), Gujarati language, literature, and Bollywood film studies. Mrunal volunteers as a Language Champion with Oxford Gujarati Living Dictionary and writes for their Blog in Gujarati.

Once upon a time in India, I worked as a lecturer in the General Department, Government Polytechnic, Himmatnagar (Gujarat). My appointment was permanent with two years’ probation. Before finishing the probationary period, I resigned despite family members’ pressure, financial instability, and insecurity! There are strong reasons. Let me recall my first day of the job. My Head of the Department specialised in Chemistry and welcomed me to the department. As usual, he inquired out of curiosity what I ‘now’ plan to do. I suggested that I wish to pursue a PhD. He laughed and implied that why do I need a PhD once I have got a government job. His idea for me was to ‘relax and enjoy life’ and forget about a PhD! He provided me with an example: he told me he possessed a ‘Gold Medal in Chemistry’ and could make more than a hundred chemicals before getting a job in government! Erasure of knowledge in these times might lead to nowhere! Therefore, I decided to quit my job. This decision was not easy as my wife was registered as a PhD in Linguistics at the Gujarat University and my 5-year old daughter needed schooling. Sooner I was to realise that this was the best decision I have ever taken! It was a calculated, well-thought and conscious risk. As a result, I was to invest four years in academia. My advice to students, especially mature ones in such circumstances, would be to examine the pros and cons of the decision to start a PhD and then evaluate both sides before joining any doctoral programme.

PhD or no PhD?

Being aware of the time, money and our family stakes, my PhD story is an exciting journey of tremendous learning. It seemed like climbing the Himalayan peak as I chose to study theatre instead of English literature. We (I mean my wife too) performed on the stage (one-act and mime) but never studied theatre academically. There was already a PhD scholar in the family: did we really want another one? This was a real dilemma. It meant both of us having to sacrifice time for the family, invest money into academia (sacrificing all the savings) and putting our child’s future at stake. We would be leaving our home for ‘the undiscovered country’, as Hamlet famously put it. I discussed this issue with my immediate family, my possible supervisor, and colleagues. I was fortunate that all gave me a balanced and honest advice. I – or, rather we –  decided to overcome this dilemma by treading this path.

Starting a PhD at the University of Exeter brought hundreds of challenges as an international student, be it social, cultural, or economic. However, I believe that if you wish for something so passionately, the whole universe conspires to make it happen! My property owner, my supervisory team (Prof Graham Ley, Prof Jerri Daboo, and Prof Cathy Turner) and the Exeter Hindu community all helped me in one or the other way to achieve what I commenced. Studying the Natyashastra, an Indian treatise on performing arts written in Sanskrit, on my own, learning academic writing, and then writing a thesis required true devotion. Four years’ hard work finished just like that! I could not imagine that my PhD viva would last less than an hour discussing and clarifying a concept or two from the project. February 2015 flew like a kite in a gust of wind and childlike curiosity made a wonderful flight landing back home in Gujarat in March 2016. I was aware of the long to-do lists along with my wife’s PhD viva in India. I realised that PhD toh trailer tha, Film Abhi Baki hay mere Dost (the PhD was just a trailer, the film is yet to start). As soon as this realisation happens, it is good. Engaging in academic activities such as Learning and Teaching in Higher Education-LTHE, University of Exeter’s Grand Challenges and Academic training modules during these four years not only prepared me to complete my PhD in four years but also exposed me to disciplines other than mine. These academic activities, I must say, were not immediately relevant but in the end, they should be attended to seriously! They help you listen to voices outside your discipline.  Meeting the PhD fraternity allows you to realise that everyone faces the same problems, but that each one of them solves them differently, and such gathering follows only one religion: Doctor of Philosophy.

Publish or Perish might sound like a death threat to young scholars, but for me, it is like Jo Dar Gaya Woh Mara Gaya (he who is afraid is dead). Fear of rejection, fear of loss, fear of stagnation will never work for you. Soon after the PhD, I applied to British Academy, Leverhulme and Wellcome Trust (the UK) and Fulbright-Nehru (the USA) and DRS Post Doctoral Fellowship (Germany) with ‘an interesting’ project but somehow I could not get into the last round of interviews! However, I continued to attend conferences and symposiums selling ‘our’ research. Though I was tired of applying, I was patient as well. I knew that I have a list of projects with substantial feedback from scholars working in the field. I knew that I would receive a reply to these conversations eventually. So, do not be afraid of rejections and keep a diary (I keep a One Note) with the list of projects and wait for the opportunity. In the meantime I write, write and write.

As I mentioned, I am married to a research scholar and we have a child. My wife submitted her PhD and she joined me in Exeter in January 2014, simply waiting for her viva. I finished and extended my stay in Exeter for a year in order to get some opportunities. During this time, I only wrote an article, a chapter and project proposals for various post-doctoral positions. On my return to India, I worked as a volunteer actor, director and Gujarati language champion on weekends and worked for a school on their content development program for disadvantaged children. This provided me with an opportunity to work with all ages including young children and seniors. This social and creative engagement was the result of my training in Grand Challenges and Social Entrepreneurship at the University of Exeter where I explored enthusiastically what possibilities existed beyond my PhD. I never thought that my working on this Gujarati language project with lots of public engagement activities would result in a post-doctoral research fellowship in linguistics! My next advice is to seek out volunteering opportunities because an opportunity might knock on the door.

Meanwhile, my wife passed her viva without any corrections! She did it! We were on the top of the world! We were now Dr Vinu Chavda and Dr Mrunal Chavda. Now, we needed fool-proof research projects for both of us – if possible in the same country and in the same university. For this, I was ready for three things: 1) being open to broad fields such as South Asian studies, 2) being open to interdisciplinary fields such as cultural studies and literature, but I hadn’t thought of linguistics, and 3) being ready to dig into people’s lives, organisations and public institutions. These three approaches were quite different from my own approach to my doctorate. This taught me the value of niche and broader research interests.

“When you really desire something from the heart and soul, all the universe conspires you to achieve it”- Paulo Coelho, the Alchemist

Attending conferences is one of the ways you can market your research and somehow, I did attract some attention. I thought one of the main reason was my approach toward the Natayshastra (an Indian treatise on performing arts), which developed an apparatus to examine theatre productions highlighting limitations of semiotics models. I approached Mahesh Dattani, a contemporary Indian playwright who knows the Natyashastra inside and out, during his dramatic reading of Dance Like a Man at the Kings College. I was one of the participants in this conference focusing on South Asia from multi geopolitical perspectives. During the tea break, Prof Rajend Mesthrie, Professor in Linguistics at the University of Cape Town, and I conversed on the current research project that my wife and I were working on. I had never thought that within a year, we would receive offers of post-doctoral research fellowships.

BRICS Initiative funds South-South connection node research especially in the field of science technology, administration and public policy with some funding for cultural studies. My wife was part of this funding application in September 2016 and fortunately, she got funding from this important initiative between South Africa and India. My project, ‘Sociocultural Documentation of Gujarati in South Africa’ was then sponsored by National Research Foundation, South Africa as a part of South African Research Chairs Initiative for Migration, Language, and Social Change. Although our funding is only for a year, the erasure of Asian languages (especially Indian languages and its documentation) has provided us with a good platform for multidisciplinary learning. This was a perfect blend of work/life balance we always sought! Currently, I am writing a monograph from my PhD thesis and my second monograph proposal has been accepted!

So for PhD and Post Doc aspirants, I would provide three points of advice:

Have you secured a Post-Doc? Do you have any tips on what you felt helped you get there? If so, why not write for our blog? Email us with your ideas at nrn@str.org.uk