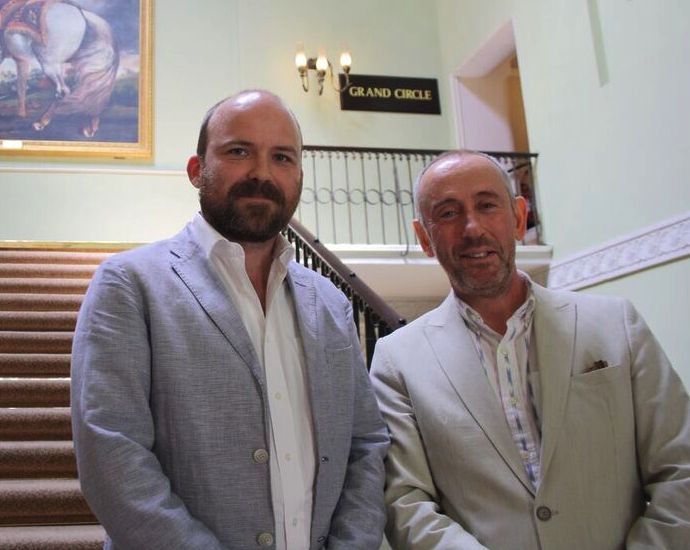 Balancing Acts, Sir Nicholas Hytner’s account of his years at the head of the National Theatre, was announced as the winner of the Society’s annual Theatre Book Prize, chosen from over 60 titles entered by publishers from books published in 2017. The prize was presented at a gathering in the Grand Saloon at the Theatre Royal, Drury Lane by leading actor Rory Kinnear (then appearing in the Scottish Play at the National Theatre).

Neither STR President Timothy West or our Chairman Simon Sladen were able to attend this year so as Society representative and Chair of the Judges Howard Loxton opened the proceedings by welcoming guests and introducing Rory Kinnear to make the awards to the authors of the six short-listed titles:

After surveying the wide range of books entered for the prize this year Howard then introduced the judges to speak about the short-listed titles and some others that they found especially interesting, before Rory Kinnear was called back to announce the winner.

On seeing the name but before reading it he described the recipient with warm appreciation and the audience immediately realised who it was – and clearly felt this a worthy winner as Sir Nicholas came up to accept the prize from him.

A few moments earlier judge Paul Miller had described Balancing Acts as “a notably candid book from such a famously private person. It opens with a bravura account, flirting with gossip but keeping this side of naming names, of the life of the Director of the National Theatre …. [It] makes a fantastic case, at once sophisticated and robust for a theatre with a generous popular gesture at its heart: a gloriously fitting coda to 12 years at the National Theatre where he showed us how that’s done.”

Sir Nicholas, surprised and delighted, accepted the award declaring “as well as an opportunity to get off my chest and on to paper all of the stories that have built up over the years, writing this book has also been an experience that has enabled me to think about exactly what I have learned and whom I have learned it from.”

There is a fuller report on the Theatre Book Prize main page.

Rory Kinnear and Sir Nicholas Hytner (centre) with the judges,
the short listed authors, and some of their publishers. (Credit: Ben Wooldridge).