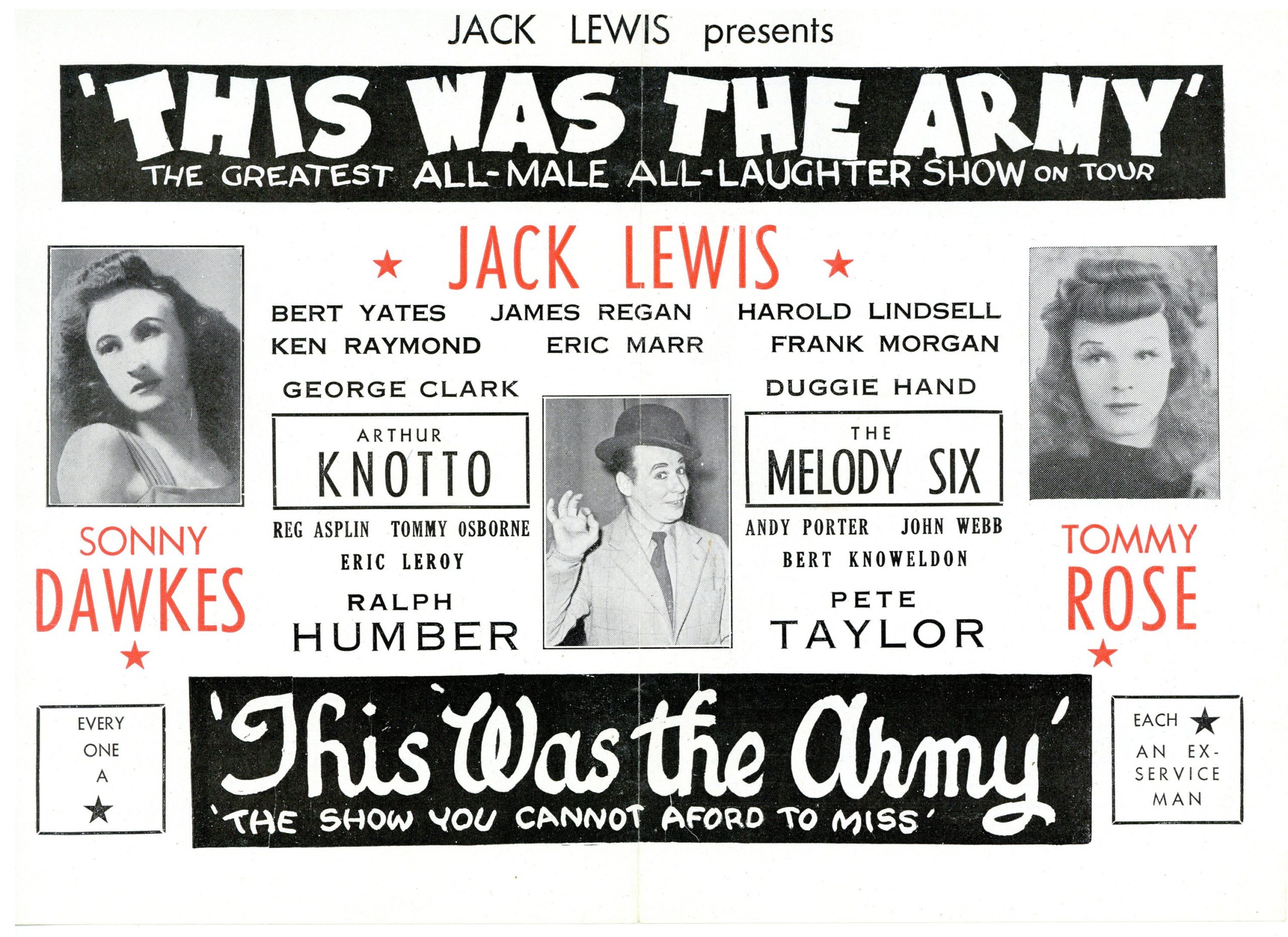 Jacob Bloomfield writes here for us about his experiences researching drag performances in the post-war period, as part of his wider research for his upcoming book Drag: A British History.

I was hugely grateful to receive a Society for Theatre Research grant in 2021. The money from this grant is going towards image permissions and reproduction for my upcoming monograph Drag: A British History (University of California Press/Berkeley Series in British Studies, under contract, 2023).

Drag: A British History is a groundbreaking historical study of the sustained popularity and changing forms of drag performance in Britain from 1870 to 1970. The book provides fresh perspectives on drag and recuperates previously neglected episodes in the history of the art form. Drag: A British History seeks to de-mythologise drag by stressing its ordinariness, while affirming its important place in British cultural heritage. Despite the art form’s transgressive associations, drag has not only persisted as an intrinsic – and common – part of British popular culture, but drag artists have consistently asserted themselves as some of the most renowned and significant entertainers of their day. Equally, the book demonstrates that drag was at the centre of key public discussions around gender and sexuality throughout the nineteenth and twentieth centuries, from Victorian sex scandals to the ‘permissive society’ of the 1960s.

Given that aesthetics tend to be an important component of drag – though, interestingly, drag performance has been done over radio, as in the case of entertainer Arthur Lucan’s Old Mother Riley Takes the Air (1941) – it is crucial that the content of my book is complemented with relevant images. Without them, the book would be incomplete. Examples of such images include publicity material for the revue This Was the Army (1946). This Was the Army was one of many post-Second World War ex-servicemen’s drag revues, often referred to contemporarily as ‘all-male shows’: variety-style theatricals that starred casts of ex-servicemen wearing women’s clothes. The revues’ scenes tended to consist of dance numbers (sometimes consisting of humorous parodies of the striptease acts popular at the time), songs, fashion parades, double entendre-laden repartee between cross-dressed comedians, and other forms of light entertainment.

Ex-servicemen’s drag revues were highly popular with the British public from the mid-1940s through the mid-1950s, though the genesis of the phenomenon occurred after the First World War with the shows and films of the troupe Les Rouges et Noirs.[1] Composer Irving Berlin’s ‘all-soldier musical show’ This Is the Army (1942), which featured scenes of American servicemen in drag, and the British tour of Skirts (1943), a drag revue performed by American servicemen with music by songwriter Frank Loesser, likely helped to influence the trend of British ex-servicemen’s drag revues after the Second World War. Ex-servicemen’s drag revues were widely popular in their day, touring in cities, towns, suburbs, and provinces all over Britain. This Was the Army and Soldiers in Skirts (1945), for example, toured for nine uninterrupted years, while some revues like We Were in the Forces (1944) employed multiple touring companies at once in order to keep up with demand. The revues were also critical successes. For example, a 1955 review of This Was the Army’s engagement at the Norwich Hippodrome declared the show ‘better than ever’ in its ninth year. ‘Gary Webb with about the most convincing make-up and feminine deportment, entertainingly exaggerated, a mere male could ever achieve had the audience in a gay mood,’ the critic remarked. For the critic, the inclusion drag did not limit the show’s wholesome appeal: ‘This is an altogether happy revue, full of good clean comedy.’[2]

The promotional material for This Was the Army from the early 1950s illuminates the appeal of the revues. The cast’s status as ex-servicemen (‘Each [star] an ex-serviceman’) is highlighted, but given more prominence are photographs that depict performers Sonny Dawkes and Tommy Rose exuding feminine glamour. These glamour shots complement the promise made by the show’s programme: ‘every beautiful woman is a perfect gentleman.’ Despite the mostly comedic tone of ex-servicemen’s drag revues, the shows’ female impersonators (the contemporary term for male drag artists) tried to be earnestly beautiful, even alluring.

Indeed, these photographs of Dawkes and Rose would not appear out of place among glamour shots of women film stars of the day. While the ex-servicemen’s drag revue performers’ contributions to the war effort may have helped to ease any discomfort otherwise-wary observers may have had regarding associations between drag and perceived sexual immorality, the female impersonators’ glamorous displays of femininity, and the skill involved in pulling it off, was the key to the revues’ appeal for critics and theatregoers.[3]

With the kind assistance of the STR, I have been able to reproduce these and other relevant images in Drag: A British History. I thank the STR for its valuable support which involved both funding for image permissions and reproduction, as well as guidance on where to find certain images.