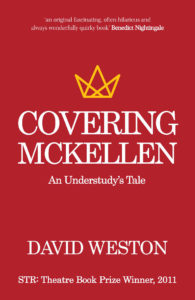 The winner of the Theatre Book Prize was announced at a reception held in the Grand Saloon at the Theatre Royal Drury Lane on 18th April 2012. After a presentation by the judges describing the books submitted to them during 2011 the actress Zoë Wanamaker read out the name of the winning book and presented the prize to David Weston for his book Covering McKellen: An Understudy’s Tale. 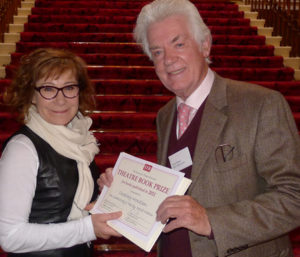