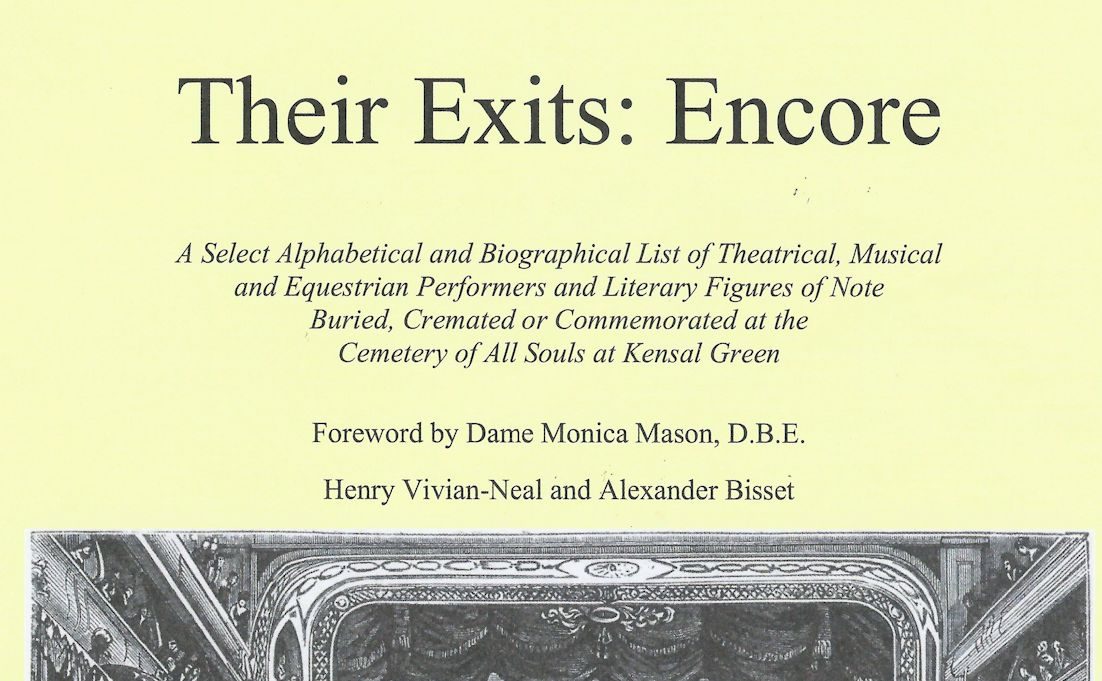 In 2012 the Friends of Kensal Green Cemetery published Their Exits by Henry Vivian-Neal, the chief guide at the Cemetery, as the outcome of a tour which had been organised in 2010 for the Irving Society and for the Society for Theatre Research.  This provided a select alphabetical and biographical list of theatrical, musical and equestrian figures of note who were buried, cremated or commemorated at the Cemetery of All Souls at Kensal Green, London, with descriptive notes of the monuments and their location.

Their Exits: Encore is a hardback, much enlarged, updated and expanded edition of Their Exits, which was met with great acclaim for its original research when it first appeared. Since then, Alex Bisset (a long-standing member of the STR) and Henry Vivian-Neal have researched many new finds, inter alios, the Cushnie family of dancers as well as the operatic soprano Andalusia Grant (Lady Molesworth) and Louisa Fairbrother (pictured). In addition, more recent names such as the actor Alan Rickman (died 2016) and the dance historian Ivor Guest (died 2018) also feature. This hardback contains 400 pages with some 470 individual entries, over 90 colour illustrations and 65 black and white/sepia illustrations, photographs, cartes de visite, caricatures, playbills, line drawings of theatres and the like. Dame Monica Mason has written the foreword.

Beyond the value as a guide, it is the authors’ hope that this volume presents some brief recognition, some acknowledgement of their contribution to the theatrical world, not only of the famous but of the many actors, actresses, singers, dancers, musicians and others who lie visibly unrecorded in common graves or beneath monuments so damaged by time as to be illegible. 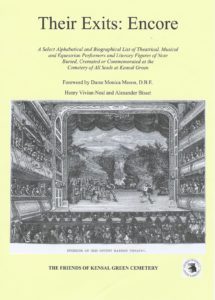 Michael Read, member of the Committee of the STR and of the Research Awards sub-committee, highly recommends the book, writing:
This book is the fruit of some extremely meticulous research which will be of lasting value, detailing all the graves to be found in Kensal of actors great and small, with details of their lives and careers.  The greater ones include Macready, Charles Kemble, John Liston, Charles James Mathews, Madame Vestris, Andrew Ducrow, Alfred Wigan, Lewis Wingfield, and John Lawrence Toole.  The STR is named on the title page, and I recommend it strongly to all researchers.

The book is now available from the Friends of Kensal Green Cemetery website at a cost of £20.99 including postage and packing.