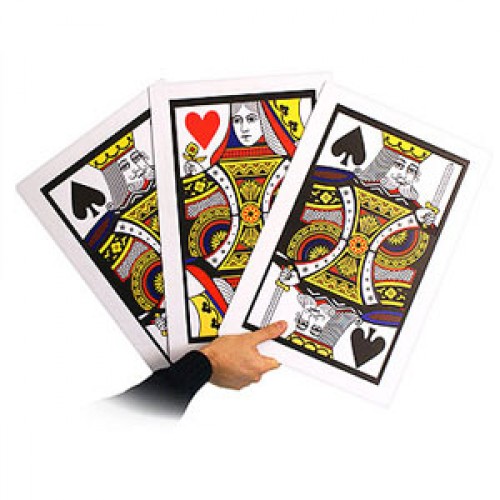 What’s in a Name?

When the death of actress Barbara Jefford was announced, I recalled from my time as Membership Secretary of the Society that she had been a member from quite early days. The records revealed that she joined in 1959, when the STR was only 10 years old.  This merited a short obituary on the website, to be accompanied by a suitable photograph from her distinguished career.  What I found was a portrait of her at the age of 20 as Isabella in Peter Brook’s production of Measure for Measure at Stratford in 1950.  Or so I thought. The obituary hadn’t been posted for more than a few hours before we received an email from STR member Sue Budgen saying that the photo was not of Barbara Jefford and would we please replace it.  Sue was a friend of Barbara’s and in 2009 had written her MA  dissertation on the actress’s work – “A Lass Unparalleled”: an examination of the Shakespearean career of Barbara Jefford from 1949-2009.   A copy is in the Shakespeare Institute Library.  A replacement photograph which was indisputably of Barbara was quickly substituted.

Being the sort of people we are, Sue and I couldn’t leave it there.  There was a puzzle to be solved. Where did the image with the mistaken attribution come from, and who actually was the actress in it?

I started to look for the origin of the portrait.  It was a print signed by Angus Mcbean and it didn’t take long to find that his archive is in the Harvard Theatre Collection.  Once there a search for ‘Barbara Jefford’ brought up 20 portraits, none of them production photographs, while ‘Measure for Measure’ produced 109 results, all production shots but not one of them resembling the one sought.  Which at least confirmed that the image I had picked up and posted was wrongly titled.

Meanwhile Sue had come up with the suggestion that it might in fact be Rachel Kempson as Octavia in Glen Byam Shaw’s 1953 production of Anthony and Cleopatra at Stratford.  Back to Harvard and 4 very dramatic portraits of Rachel Kempson, production unidentified however, and, again, none of them the one I was looking for.   Finally, at 97 of the 160 photos responding to a search for ‘Anthony and Cleopatra’, there it was.  Playwright, director, designer, theatre and date all credited, but not the actress!  It was Sue who provided the final proof, with a reproduction of the programme for that 1953 production in which the Angus Mcbean portrait was reproduced and clearly titled ‘Rachel Kempson as Octavia’. 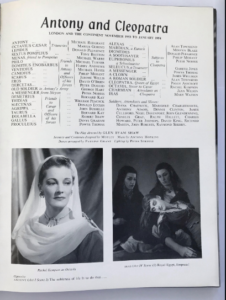 So, that was the lady found but the mystery of the wrong title remained.  Who was responsible for it? As Sue pointed out, “ An incorrectly labelled picture of Isabella has a palpably ironic association when you remember one of her most famous speeches begins:

To whom should I complain? Did I tell this
Who would believe me?”

I eventually traced the image I had originally used to the on-line catalogue of a long-established and highly reputable London antiquarian book and print seller, where it was being offered for sale as ‘Barbara Jefford as Isabella in Measure for Measure 1950’.  An email to them, advising them of the error and giving them the correct description, was graciously and gratefully acknowledged.

One further question: why does the Harvard Theatre Collection not name the production in their portraits of actors, nor name the actors in their production photographs?  Too easy to be wrong, perhaps?