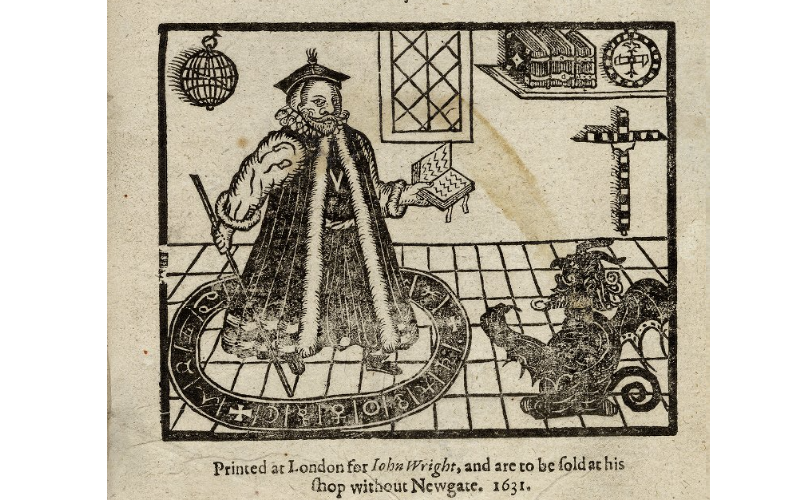 Anouska Lester, from the University of Roehampton, describes her research project as a guest writer for the New Researchers’ Network blog:

Before I started my PhD, I encountered early modern theatre via one medium: an edited version of a play-text. As I became more interested in the ephemerality of live performance, I found that play-texts obscured as much as they illuminated. Using one play-text makes it difficult to see that a play might have been performed tens or hundreds of times. The singular printed version distorts the multiplicity of performance. 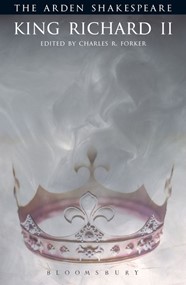 In privileging the play-text over other forms of evidence, I developed an unrealistic view of what theatre in the early modern period was really like. An estimated one in six plays by Shakespeare and his contemporaries survive in play-text form. Nearly two-thirds are completely lost to us, and we know nothing about them. But there are at least 744 plays which we know about from a title, an inventory, or similar. And that’s just the professional plays: there’s also a huge swathe of evidence from other forms of performance (McInnis and Steggle, 1).

It’s already evident that there are different forms of “loss” visible here: those plays which are completely unknown but we think probably existed, and those for which we have some information but no play-text. David McInnis and Matthew Steggle suggest that “lostness is a continuum, not an absolute state” (11). Building on their work with Roslyn Knutson (and others) on the Lost Plays Database, alongside Martin Wiggins’ British Drama: A Catalogue (aka wiggipedia), I want to share a few examples from my own research to consider what a continuum of lostness might look like.

Let’s start with a play we could say with certainty has survived (although many A-level students may wish it hadn’t): Doctor Faustus. The play exists in the form we usually reach for when studying early modern plays: a play-text. It contains dialogue, character headings, and stage directions. This is likely the kind of document with which we’re most familiar.

Faustus is not merely one play-text though. It exists in two distinct versions and is referenced in other texts including Henslowe’s diary and eyewitness accounts. The A-text by Marlowe (likely in collaboration with Nashe) was first performed around 1588 and first printed in 1604. Henslowe’s diary records a payment to Bird and Rowley for revising the play in 1602. This B-text was probably performed soon after the text was ready, but wasn’t printed until 1616. At a certain point in time, then, two versions of Doctor Faustus were in simultaneous circulation: the A-text in print and the B-text in performance. And multiple versions of these two texts are extant, with 23 copies across 9 quartos.

In contrast, our knowledge of an anonymously-authored play called The Dead Man’s Fortune (c.1590) derives from a single document – a theatrical plot. This document contains a list of actor/character entrances, key props, and music cues, and would likely have hung backstage providing an overview of what was happening on stage. This is the only document related to this play, and no play-text survives. We therefore label it “lost”. The plot still provides insights into staging and casting, and from this information, some have attempted to derive a narrative. 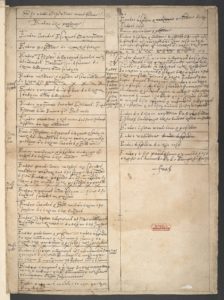 This single document contains clues to multiple performances. There are crossings out and amendments showing changes made at different points in time. The manicule in the central column indicates where a later scene, written in a different hand, is to be inserted. The design of the document incorporates margins, with room intentionally left free for annotation and additions. This suggests that the person who created the document knew it would grow and change with the performance and with additional input from other voices.

Another “lost” play is The Wise Man of Westchester, which, according to Henslowe’s diary, was performed multiple times between 1594 and 1597. We know when it was performed, how much it took at box office, and, of course, its title. But that’s all. It was performed at least 30 times over those 4 years, and was so popular that David Nicol has commented that it must have been the “BEST PLAY EVER”. But with so little information, we can only guess as to why.

My final example comes not from the professional playhouses of London, but the streets of Norwich. The so-called Norwich Grocers’ Play is the only surviving pageant from its wider mystery cycle and tells the story of the temptation of Adam and Eve. Like Faustus, it exists in two different versions: a shorter text from 1533 and an expanded version from 1565. It was performed multiple times in different forms over many decades as demonstrated by the two play-texts and the accompanying account book entries.

The 1565 text contains two different prologues, depending on whether “there goeth eny other Pageantes before yt” (69). These other pageants are now lost, but this pageant can be performed independently. With these two prologues, the text contains its own variations, and is alive to the possibilities of multiple performances. 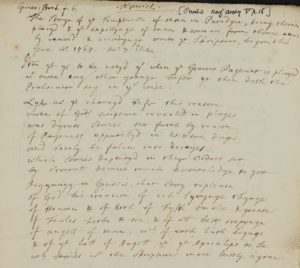 Transcription of one of the 1565 prologues to the Norwich Grocers’ Play
(Norfolk Record Office, NCR 21f/68, 6v)

Immediately I’m suspicious of how trustworthy these later documents are. How representative are they of what was actually performed? Every theatre historian regularly confronts this question, but the issue is particularly obvious in this example. Countless scholars have debated which text of Doctor Faustus is more authorial, authentic, closer to performance. More than a decade passes between the A-text being performed and printed, and the same for the B-text. In contrast, the Wise Man and Dead Man’s Fortune documents are contemporary to their performances. The original manuscripts of the Norwich Grocers’ Play were likely contemporaneous with their performances too, but there’s a gap of nearly 300 years between those performances and the surviving transcriptions.

Each of these documents clearly has a different relationship with performance and loss. We do not have the plot of Doctor Faustus or the box office takings of Dead Man’s Fortune, although records of both likely once existed. The printed text of Faustus mediates both a performance manuscript and the performance itself. To encounter any performance document is to encounter a mediated performance. The ephemerality of performance is visible in the clues to multiplicity in the recorded performances of Wise Man, the variant texts and accompanying records of Faustus and the Norwich Grocers’ Play, and in the changes made to the plot of Dead Man’s Fortune. These documents may provide different kinds of information, but every one of them, whether related to a “lost” play or not, provides access to some aspects of early modern performance.

Ultimately we’ll never know what it was to stand in the audience of any of these plays and experience them first-hand. No document, whether it relates to a “lost” play or not, retains that live element of performance. Faustus is, in some ways, as lost to us as Dead Man’s Fortune or the Wise Man of Westchester. All performance is lost, even if all documents are not. And once we accept that loss, a plot, inventory, or transcription are as valuable to us as a play-text. Acknowledging that every single one of these documents belongs on a continuum of lostness destabilises the play-text from its traditional position as the go-to theatre history text. There are more examples of so-called “lost” plays than there are surviving play-texts: let’s make the most of them.

Anouska would like to thank David McInnis, Clare McManus, and Andy Kesson for sharing their expertise; and the British Library, Norfolk Record Office, and Dulwich College Archives for their generosity in permitting the reproduction of their records.

Secondary works cited:
McInnis, David, and Matthew Steggle. ‘Introduction: Nothing Will Come of Nothing? Or, What Can We Learn from Plays That Don’t Exist?’ Lost Plays in Shakespeare’s England, edited by David McInnis and Matthew Steggle, Palgrave Macmillan, 2014, pp.1-14.