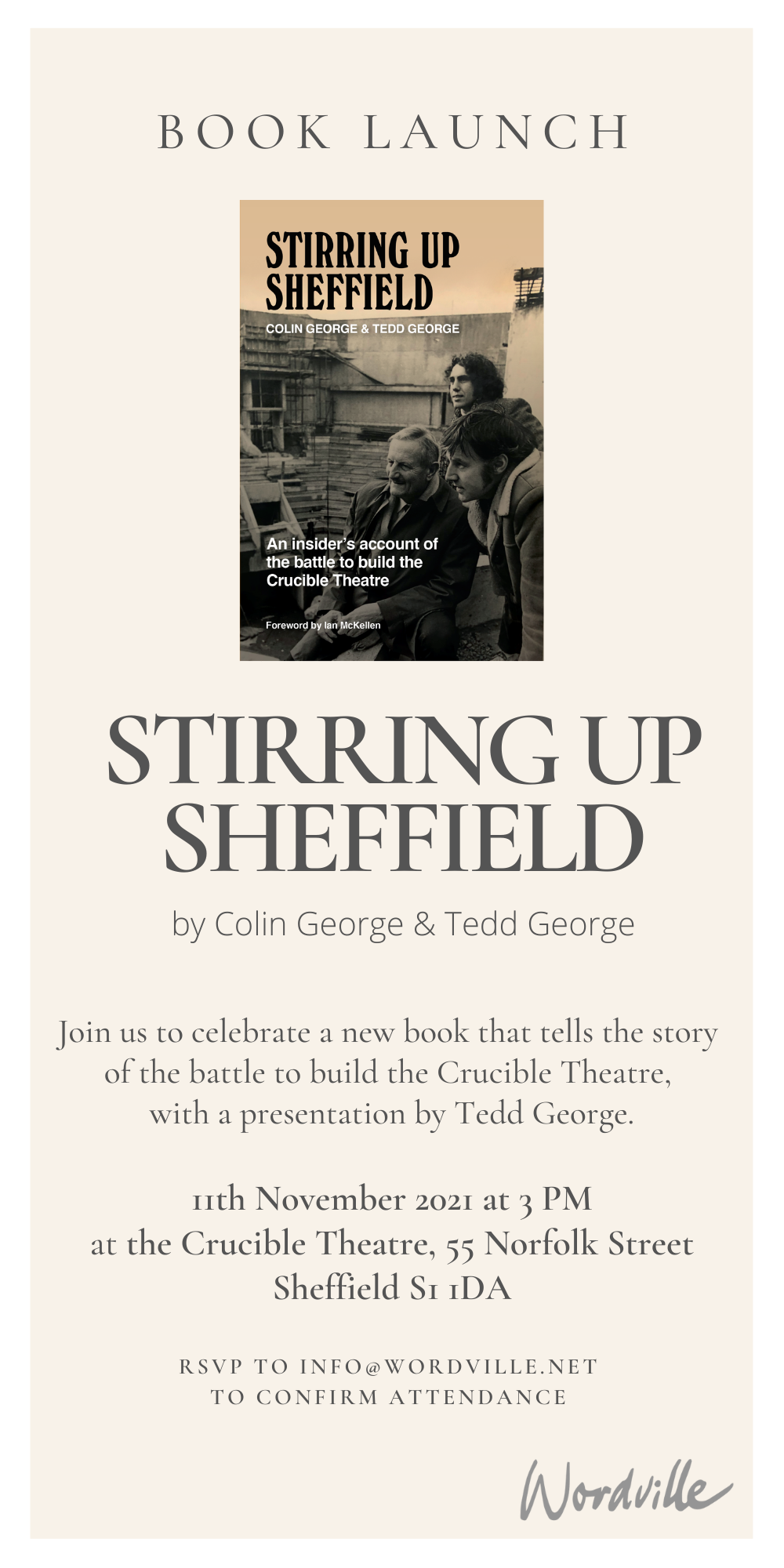 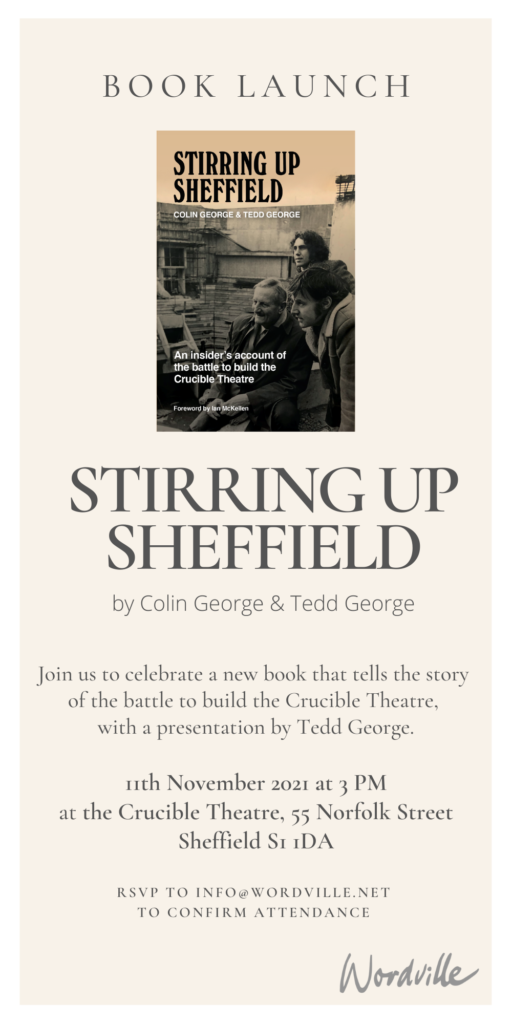 Colin George, the first Artistic Director of the Crucible Theatre received an STR Research Award towards his book on the building of that revolutionary thrust stage theatre. It was incomplete when he died but his son, Tedd, has now completed this extraordinary story and STR members are invited to the launch of Stirring Up Sheffield, the book that tells that extraordinary story, at the Crucible Theatre at 3pm-5pm on Thursday 11th November.

Why did Sheffield opt for a thrust stage, and why was this design so controversial? At the book’s launch Tedd George will explore the intense debates over the theatre’s design, the people who inspired the thrust stage – among them Sir Tyrone Guthrie and the Tanya Moiseiwitsch – and the brilliant architects and engineers who turned their vision into concrete and steel.

Drawing on material from his father’s archives and interviews with the surviving protagonists, among them the Crucible’s architect, Nick Thompson, Tedd reconstructs the design process that created what is arguably the most successful thrust stage ever built in the UK, and the technical innovations that were developed to achieve this.

Tedd also explores the battle of ideas over the Crucible’s creation, which pitted the Sheffield Star, local councillors and the so-called ‘Three Knights’ – Sir Bernard Miles, Sir Laurence Olivier and Sir John Clements – against the Morning Telegraph and Britain’s leading theatrical innovators, among them Michael Elliot, Peter Cheeseman and Alan Ayckbourn. Ultimately this battle drove Tedd’s father to resign as Artistic Director only one year after the Crucible’s opening, and it would be nearly forty years before he returned to the thrust stage he had helped create.

The presentation is free to all but, to comply with COVID regulations, we require those wishing to attend to email as RSVP to info@wordville.net.

Sheffield Theatres continues to follow the industry-wide safety protocols and Government guidance for indoor entertainment. The majority of the safety measures that have been put in place will remain the same. This includes the strong recommendation of the use of face coverings, unless exempt.

To learn more about the book, or to purchase a copy in advance visit https://www.wordville.net/product-page/stirring-up-sheffield