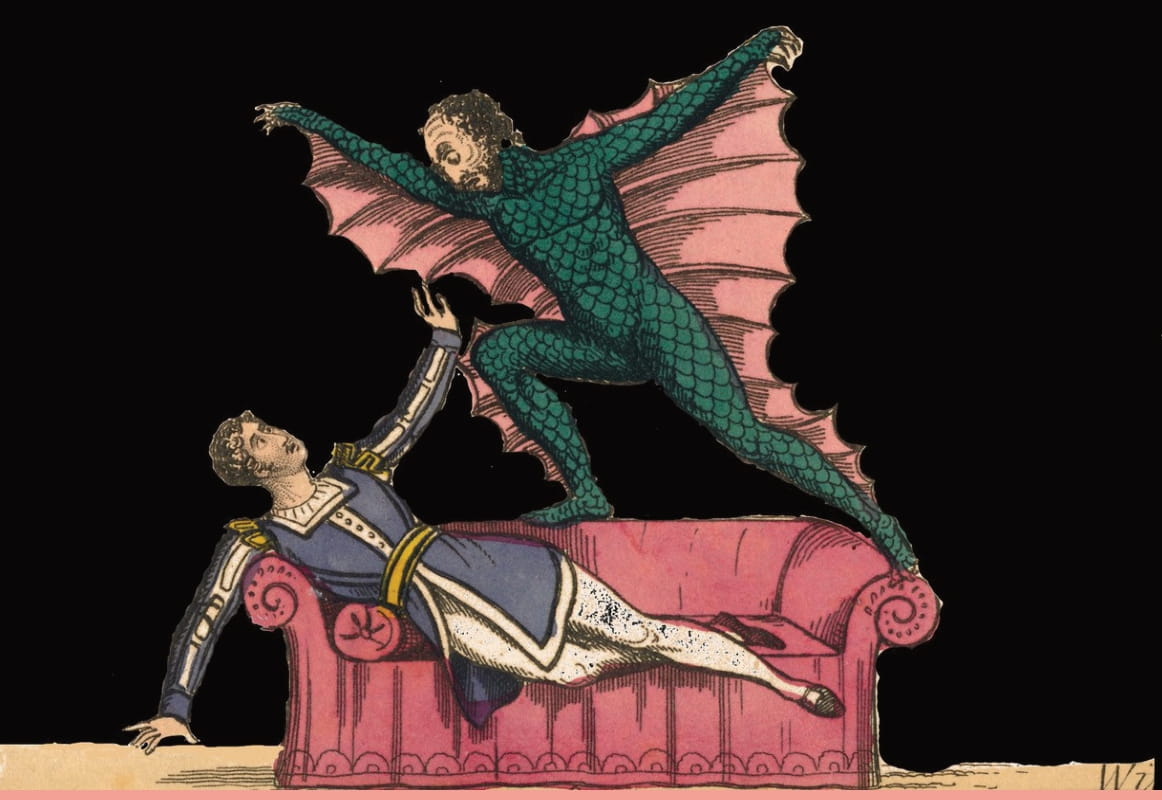 At Strawberry Hill House in collaboration with Pollock’s Toy Museum

The romantic concept of ‘Gothic’ as an imaginary past of exaggerated emotional drama set amid castles, abbeys and ruins came into being when Horace Walpole published the first ‘Gothic’ novel, The Castle of Otranto, in 1764. The Gothic genre, already associated with Shakespeare’s history plays, soon came to dominate theatrical productions which had scenery, costumes and special effects to match the gloomy and sublime settings.

In the Regency period, when melodrama increasingly dominated the London stage, these ephemeral spectacles were reproduced as miniature cut-out prints for use in model theatres as a form of home entertainment by children – one of the plays, acted live at Covent Garden in 1841, was actually a burlesque on The Castle of Otranto itself.

Walpole’s famous creation, Strawberry Hill House, is similarly a miniature world, a Gothic castle where each room was conceived as a theatrical set, while the presence of stained glass throughout the house reminds us of Walpole’s fascination with the illusionistic powers of light and colour.

Successive generations of Strawberry Hill owners, from Anne Damer to Lady Waldegrave, have owned miniatures theatres and have also used the house for their own domestic theatre performances. Plays covering the range of Gothic genre and several decades of toy theatre publishing will be shown in a collection of wooden theatres from Pollock’s Toy Museum, originating from Benjamin Pollock’s shop in Hoxton where toy theatres and their accompanying plays were sold, up to the Second World War. A unique theatre, the earliest known to survive, is on loan from Guildford Museum, together with a set of characters and scenes that show how early Victorian children customized the products of the trade.

The display, dispersed through the main rooms of Strawberry Hill House, will expand our understanding of Walpole’s imaginary world of Gothic and its legacy, still alive in opera and film 250 years later.